Thanks to the Black Ops 3 beta which launched on PS4 hours ago, we can now bring you a good look at the confirmed Black Ops 3 multiplayer scorestreaks list, or Killstreaks in Black Ops 3 which you’ll get for killing enemies in succession.

When players start the beta, you’ll be given a U.A.V, Hellstorm and the Talon as your three default Scorestreaks.

Then once you start to rank up after several hours of play, you’ll unlock more luxurious rewards such as the HC-XD. This is similar to the remote controlled RC-XD car from previous games, only this time the HC-XD can hover! 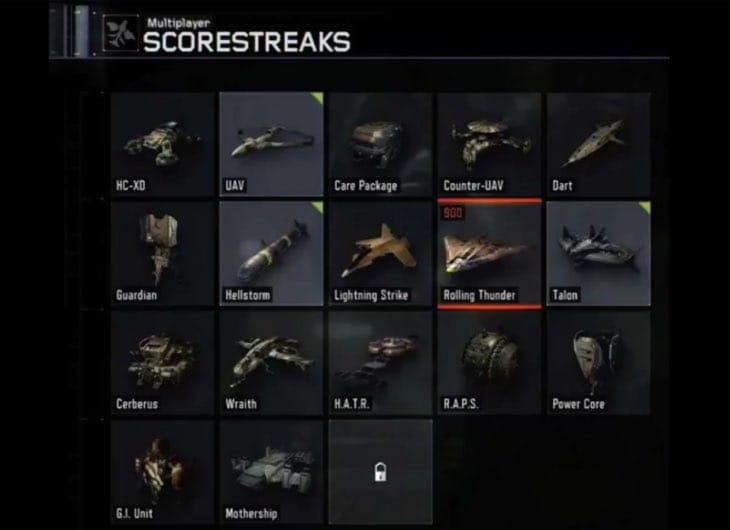 You can also give it a speed boost thanks to a throttle button and we can also confirm that the HC-XD can hover over water – it will not go underwater. It also rides over walls, making it a great tool for a quick kill.

As you can see from the image above, there are plenty of scorestreaks to unlock – it looks like 18 in total with the last one being hidden to beta players by Treyarch – it could be turn out to be a nuke or something similar.

There is a mothership scorestreak in Black Ops 3 though, along with something called the H.A.T.R score streak which sounds particularly fun.

Let us know what scorestreaks you have unlocked in the beta so far and which one is your favorite.