A few days ago we updated our readers on the release date situation for High Voltage Software’s first-person shooter title Conduit 2, which was due to arrive on March 18th / March 22nd. However, things have changed again, and now the Nintendo Wii exclusive won’t be here until April 22nd.

According to a recent article over at vg247.com by Johnny Cullen, Sega revealed that the reason behind the delay was the fact that the developer still has some polishing to do. There is a bit of good news for Wii gamers however, as a few new screenshots for Conduit 2 were released recently.

The Screenshots weren’t the only thing that was revealed recently either, as High Voltage Software has also unveiled more information on the upcoming sequel. According to Mark Fajardo over at justpushstart.com, Conduit 2 will feature multiplayer modes such as Free-for-All and Team Deathmatch. 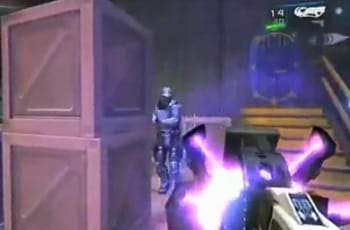 These gameplay modes offer gamers 14 different ways to play the game, including the classic Deathmatch, ASE Ball (where the person holding the ASE for the longest time wins), VIP (where players have to fight to kill a randomly chosen VIP from the opposing team) and Team Deathmatch.

You can read more about the other gameplay modes via JPS. What do you think about the game being delayed?