We have seen a Conan board game many years ago, although its never had great success. However, now that we live in a social age a product can become far more popular, even if it has yet to be released, and the new Conan board game Kickstarter campaign is a fine example of that.

Monolith, the company behind the campaign had set a goal of $80,000 in order to get the game into production, but a few days ago it was being reported that it had smashed the target.

We can now offer you an update, as there are still 20 days to go and the project has already reached $970,666, and so are on target to smash the $1 million mark. We have seen this sort of thing before and it shows that some products just grabs the attention of certain people and goes mental. 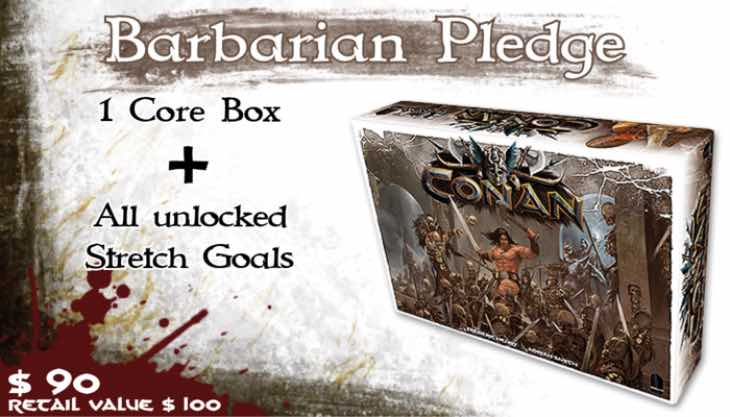 Price tiers — Conan The Barbarian board game is not cheap though and you really need to be a true fan of this fantasy world. $90 is for the Barbarian Pledge and will get you the board game itself, along with all of the stretch goals unlocked.

The Early Bird King Pledge costs $125 and you will get the deluxe version of the board game, as well as what was mention above and exclusive content.

Finally, there is the King Pledge, which gives you what we previously said and so much more for $135. You can find full details of this on Kickstarter, along with its release details and everything you need to know about this awesome looking game.