When Apple first released the iPad back in April of last year, it started the chain reaction of what we are seeing now, with numerous other tablet PCs being released. What Apple has over other companies is the fact it already had iTunes established to release applications onto. Now manufacturers of competitor tablets will drool at new iPad app download statistics which have been released.

An article over at Macstories is reporting that the Apple iPad now has over 100,000 specific apps available for download. Back in March the App Store reached the 75,000 mark which is less than year after being released. The so called experts who said around the time the original iPad launched that it was “dead in the water”, must be feeling pretty silly now.

Some of the iPads success with applications will be down to the fact there was already many available for the iPhone, and just needed updating. The success of the App Store has led to the company to launch a version specifically for Mac OS X, the Mac App Store. Apple builds on this success and even gets a percentage of every application which is sold, so is a great money maker for the company.

Users and developers also benefit with the App Stores success as well. Developers get access to the millions of users, who in turn can customize their device with features that suit their personal needs. With the upcoming iCloud later this year the process of buying and syncing applications are set to be even easier.

The company is facing stronger competition now, especially this year with many new devices hitting the fast growing Android platform. Apple’s big rival Samsung have just released the Galaxy Tab 10.1, which is seen by many as the first real threat to the iPad. The 10.1-inch device has a higher pixel rate of 149 ppi compared to the iPads 132, and will mean videos and images should have a sharper look.

The Samsung also supports that hotly disputed subject Flash, and with an adapter you can use USB accessories. Obviously app wise you have to use the Android Market which is growing fast, but is still got a long way to go before it can match the App Store for size and usability.

Other devices such as RIM’s BlackBerry PlayBook and the HP TouchPad have also recently been released to an increasingly crowded market. The BlackBerry in particular has come in for much criticism from some quarters since it was released, with the software said to let the good hardware down.

But this will improve in time with updates, and owners of a BlackBerry handsets will like it. Another alternative is the Motorola Xoom which has seen mixed reviews since it was launched. The good thing with other companies developing tablet PCs is the more choice consumers get, not everyone wants an Apple product and the company will continue to try and stay in front of the chasing pack.

Do you think other companies can successfully compete with Apple in the tablet market? 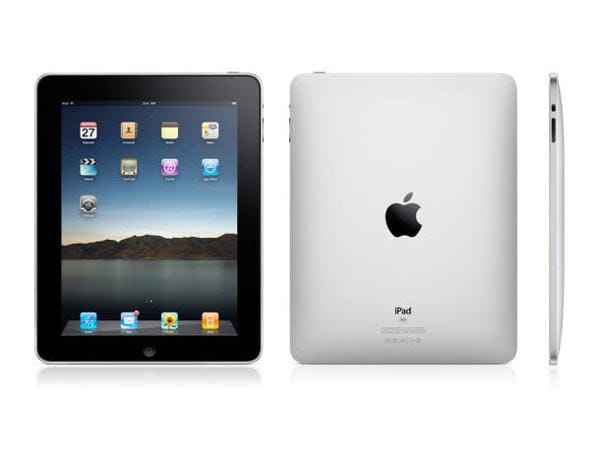