If one new Command & Conquer game announcement wasn’t enough for you, EA is also bringing a new browser-based C&C game to the table, called Command & Conquer: Tiberium Alliances. It will be another of EA’s ‘Play4Free’ titles and the closed beta is due to start before the end of this week.

Firstly, if you missed the big announcement for Command & Conquer: Generals 2 which will be a PC-exclusive title by BioWare due out in 2013, you can read full details on that here including a first-look sneak peek trailer – it’s looking impressive already.

Now though, Command & Conquer: Tiberium Alliances has come out of nowhere and we can tell you that a closed beta for the game will kick off on Thursday 15th December, which is tomorrow or today depending on where you are. The game is free to play and makes use of HTML5 technology to allow gamers to play on their web browser or mobile device.

Players can sign up for the beta now, at the official website here. Sign-ups should be fairly straight forward for most of you since you just need to enter the same account details that you have for Battlefield 3 and the Battlelog service. According to EA, once players have signed up for the Tiberium Alliances beta, they will start sending out emails with beta codes which players can then input on the main website to start playing. At the moment, we have received no such email, so we’re presuming that EA are holding off from opening up the beta until later in the day on Thursday.

If you want to see how Tiberium Alliances looks, we’ve included a first-look gameplay trailer which you can check out below. To say there is a ‘mixed’ reaction to this web-based C&C game is generous to EA at least, just take a look at some of those YouTube comments to see what we mean. Many gamers are not happy with the route that EA are taking their precious C&C franchise, and this new web-based affair may turn out to be the final nail in the coffin as far as some fans are concerned. 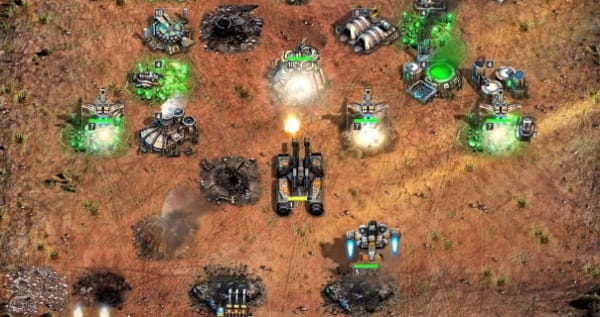 Gone are the days of the old C&C games developed by Westwood Studios it seems, so how do you feel right now seeing this browser-based game about to release? Will you try it out, out of sheer curiosity, or will you be giving it a miss?