We can see that there appears to be a fairly serious outage right now in the US, with Comcast Cable TV service down on February 15 2016 and not working across most states.

As far as we’re aware, Comcast internet is working, but cable TV is completely broken at the moment and Comcast are coming under fire from angry customers on social media as a result.

Above is the live feedback with complaints coming in by the minute, but the most frustrating thing for many consumers is that thee’s no statement from the ComcastCares Twitter page, acknowledging the Comcast cable TV problems on February 15. 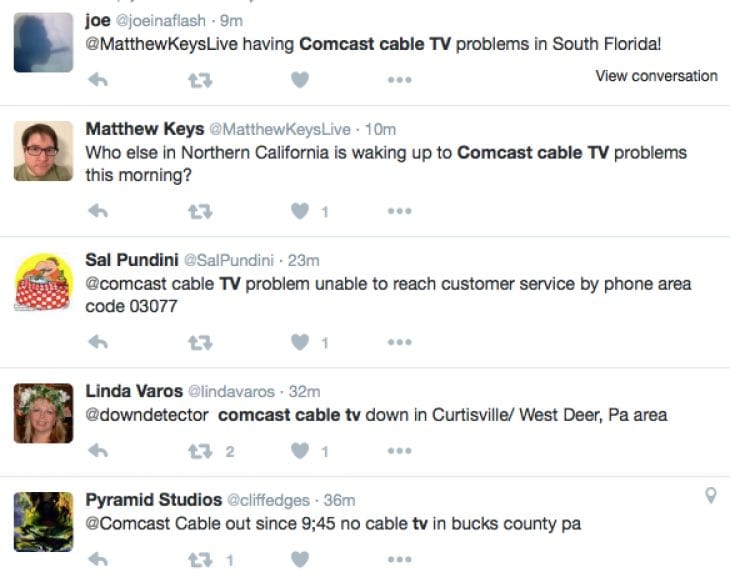 We’ll press for an answer on this, but in the meantime give us your Comcast status right now.

Is cable TV down for you in your area? Tell us where you are so we can pinpoint how widespread this outage is.

Update: Comcast has now acknowledged the outage by stating the following:

We are aware of an issue some users are experiencing with their Video service. We are currently investigating and working to resolve

We’ll continue to provide updates for you on this, let us know if your service is still down.