Whenever a new mobile device or games console is released there is always a desire to customize it to how you want, and one company that offers such a service is ColorWare. There now seems a great demand for the iPad Pro to get the ColorWare treatment, but as yet the website does not offer such a service.

We really do not know how long it will be before the Custom iPad Pro by ColorWare will be released, although we highly doubt it will be too long, seeing as though the iPhone 6S and 6S Plus already has the ColorWare treatment.

The iPad mini 4 was only released in September, and is already an option on the ColorWare website, and so with this thinking, we suspect that the ColorWare iPad Pro model could get a release very early in the new year, maybe even January. 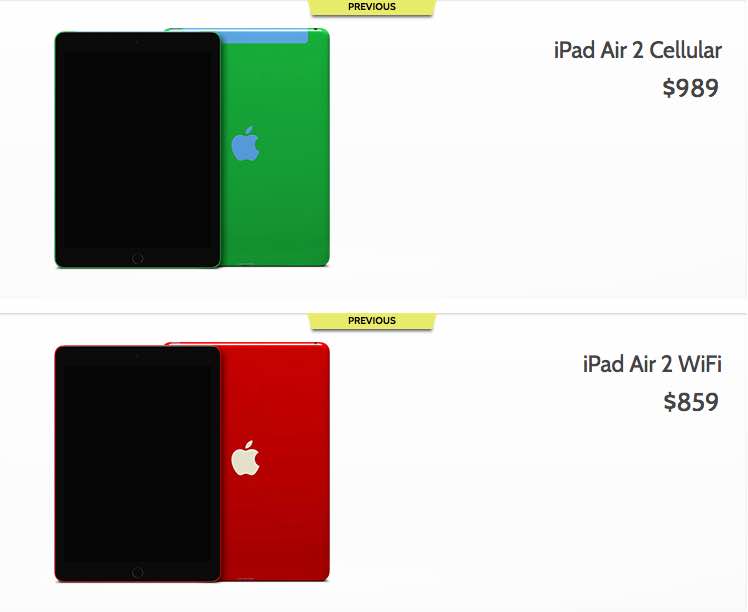 Ok, so there is no guarantee that ColorWare will offer its customization service for the iPad Pro, but we very much doubt they would pass on such a thing.

The reason we say this is because ColorWare already offers the service to so many other Apple products, such as the new 2015 iMac, MacBook, MacBook Air and the MacBook Pro.

Popularity – From time-to-time ColorWare releases limited models, such as the retro iPhone 6S and 6S Plus, and they have proven so popular that they have now sold out.