We have a word of warning for those that were eager to find out the COD World League schedule and why it hasn’t started yet.

Activision has announced a delay to the COD World League, due to ongoing issues with PSN servers having been down all day on January 4, 2016.

We initially told you about the PSN outage here, but over 12 hours later we can still see that PSN is down for many users and this has been confirmed over on the official PSN server status page here. 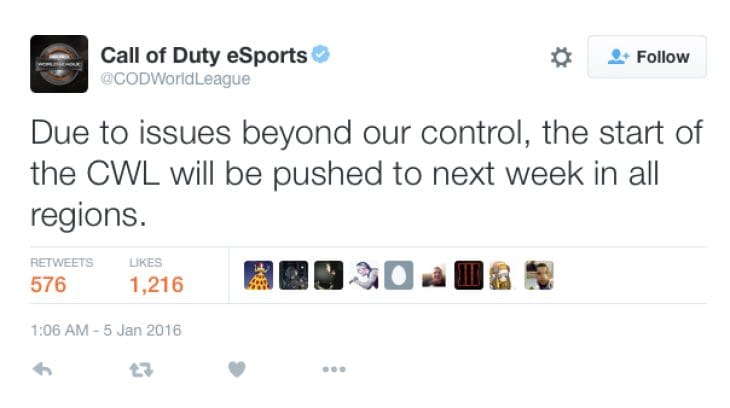 The new release date for the COD World League is now going to be one week later on January 12 and don’t forget you can check out the schedule of matches here to remind yourselves of which teams are competing in the various regions.

What are your thoughts on the PSN servers going down for a whole day meaning Black Ops 3 servers down for hours in the process – is the lack of communication from Sony worrying?