We are hearing reports of problems with a Call of Duty Infinite Warfare update for today on Xbox One that requires a restart and is stuck in a loop of sorts. While the patch notes for the said update haven’t arrived just yet, we know there’s thousands of tweets describing players getting stuck in this update requires restart loop for only the Infinite Warfare version on just Xbox One multiplayer currently.

You can see a few tweets from our Twitter screenshot below and we’ve also included some screen grabs from the Xbox One system. These show you when the error takes place on Xbox One, which we are yet to hear about a solution to fix this. 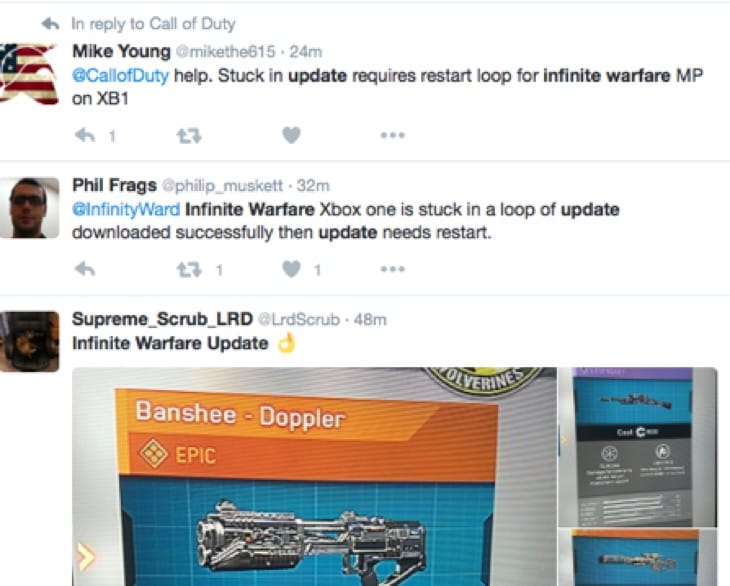 This story is developing and we have reached out to Infinity Ward for comment, but haven’t received anything back just yet. We’ll also keep an eye on their Twitter page and update this article as needed. 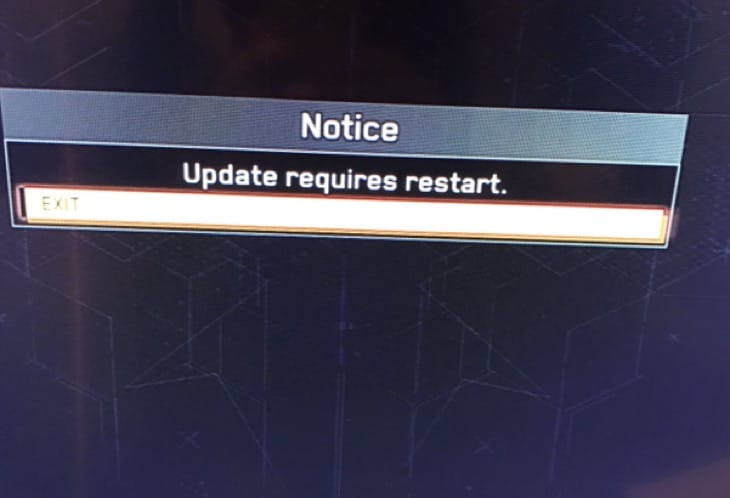 Have you had any problems after installing the COD Infinite Warfare Xbox One update on 27th December? Leave a comment below with your country and exactly what issues you have had today.

UPDATE: Some gamers have also let us know they keep being told to update the game while playing in Zombies mode and multiplayer, stating they “can’t even play”. This is separate to the update loop glitch being reported, as most people expect to update the game and even get forced out when they need to, but getting stuck in an update loop isn’t any fun at all.