We have another PS4 Vs Xbox One graphics comparison for you to look at this week, and now it’s time for a big one. COD Ghosts PS4 Vs Xbox One debates are now running wild on YouTube, with gamers keen to know the exact story on whether 1080p native on the PS4 really holds a true advantage over 720p on the Xbox One version.

A lot of fuss has been made with the resolution difference, with Infinity Ward admitting that the PS4 version of the game is running at a higher resolution than Xbox One – the platform that still holds all of the exclusivity agreements.

It’s time to take a look to see how COD Ghosts fairs, with a side-by-side 1080p comparison between the two next gen versions. We have an excellent video to show you now, giving you the comparison you need – without any pre-editing. 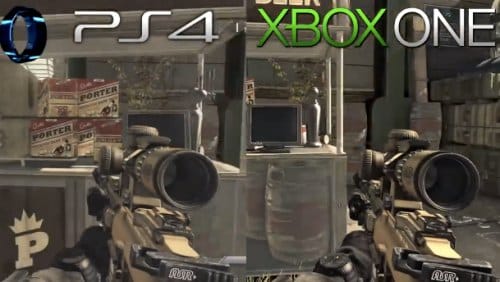 You may have noticed that some COD Ghosts PS4 Vs Xbox One comparisons have been edited to include certain filters, but this one is direct gameplay captured from the consoles so it should give a much more accurate representation of the game.

Some interesting conclusions from the author has been made from the comparison – these being that 1) the PS4 version looks more crisper than Xbox One, but 2) the Xbox One version has more contrast and the colors are more vibrant on the eye. 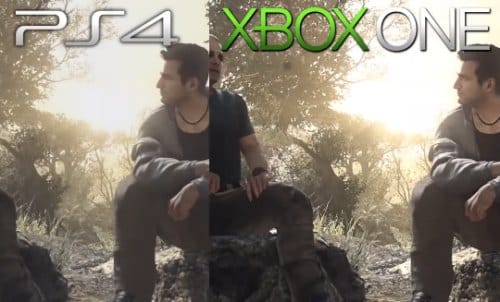 Overall, it still looks like the differences between the two are very slight. Do you think that more contrast on the Xbox One version is a big factor or not though? At the end of the day, the PS4 version is still 1080p native.

Watch the comparison and let us know which you think looks best. Don’t forget to check out previous graphics comparisons with NBA 2K14 here and Assassin’s Creed 4 here.