The Call of Duty error code 8224 is plaguing Advanced Warfare today, as the servers are down for players in the UK and USA. Product Reviews received reports earlier today, but we didn’t report the problems until now thanks to the server issues reappearing once again.

One error message states, “The Call of Duty Advanced Warfare service is not available at this time”. The game features “error code 8224” under the above message, although some gamers might see something different on PS4 and Xbox One in certain circumstances. 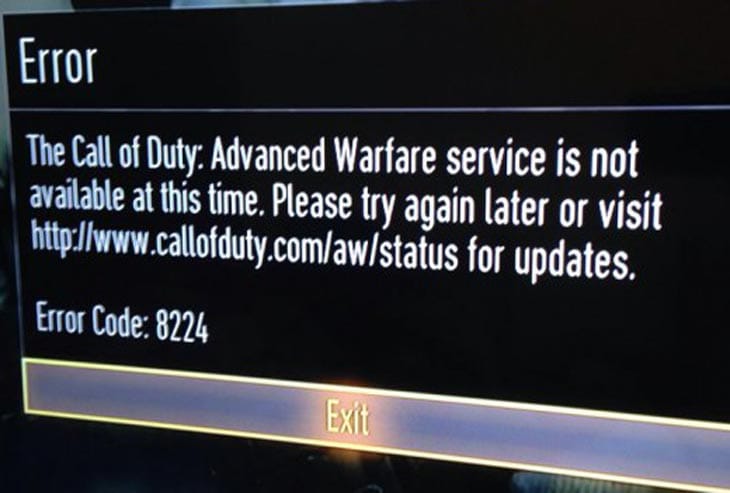 Down Today has a number of COD Advanced Warfare players reporting the same 8224 error code and that they cannot play online. There’s also thousands of gamers tweeting about Advanced Warfare servers not working and unavailable on January 31, 2015.

Are you seeing the Advanced Warfare servers down today and if so, what country are you in and do you see the same error code? We will update this article if Sledgehammer Games confirm the problems on their official Twitter account.