Considering the fact that the new zombie map Ascension has been available for almost two weeks on the Xbox 360, we thought we’d ask you how you are getting on with the map. Is Ascension your favorite Nazi Zombie map yet?

If you have been following our previous zombie coverage on Black Ops zombie maps, you’ll probably know that we did a similar article for the ‘Five’ and ‘Kino Der Toten’ maps where we asked what level you had managed to get up to. The results were pretty impressive, and we’re sure a good amount of you have already managed to get past level 30 on Ascension.

Do you find the map easier or harder than Kino Der Toten? It’s great that Treyarch has given us brand new weapons and perks to play around with, are you a fan of the gersch device and perk-stealing monkeys? I know that a lot of you would have preferred to see the hellhound dogs return, maybe they’ll feature in the next map pack?

If you consider yourself to be an expert at Ascension, let us know what level you have managed to get up to, and what tips you have for other players. Is there a favorite spot you like to use on the map, or do you just rely on quick movement and upgraded weapons? You can watch a video below which shows a player reaching level 40! 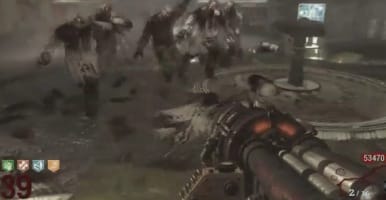