We have reported on a number of aspects of Call of Duty: Black Ops, including your best weapon and perk setups and the cheat code to unlock the zombie maps. Something that we haven’t mentioned yet, is just how bad the guns are!

Whilst some COD gamers have experience issues with connections on the PS3, these seem to be getting better since the latest patch. Now that the game is working a little better for PS3 gamers, you will see what we mean by bad guns.

Lono over at sarcasticgamer.com has written an interesting article about ‘The Garbage Guns of Black Ops’. According to Lono, you should avoid the Enfield, Uzi, M16, Stoner 63 and the HS 10. There are reasons provided for each gun and alternatives too, some of the alternatives are the HK21, MPL, Scorpion, FAL, M14, AUG, RPK, SPAS and the FAMAS. We think that everyone has their own preferential weapons and setups that they get used to and stick to. 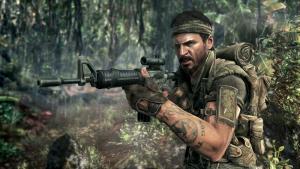 We’ve managed to find some further information about the guns on Black Ops. First we found a spreadsheet that has the actual damage provided by each gun, which you can view here. Interestingly, we also found a weapons damage chart and a developed flash tool that shows you the weapons damage, spread, recoil and their reloading time. you can view this here.

The weapon damage guides would be especially useful for someone who is just starting on Black Ops but also for the hardcore gamer that may have been wondering ‘Which is the most powerful assault rifle?’

What do you think of the weapons damage results? Are the damage charts in line with your stats within Black Ops? Let us know in the comments below.