If you’re one of the many Call of Duty fans who have been waiting for the next patch to arrive for the COD: Black Ops game, then you may have read the update that Alan Ng brought you earlier this month. We now have more news, as Treyarch has just detailed the upcoming PC patch.

According to Tom Ivan over at computerandvideogames.com, Treyarch’s community manager Josh Olin has spoken out about the issues that players have been experiencing, and said that the developer is listening to fans’ feedback and are currently working on more updates. 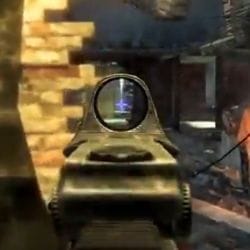 PC players will no longer be able to access a small area inside geometry at the vents near Dom flag A on the Launch map, as access has now been blocked. A collision has also been added to the Launch map, to prevent users from strafe jumping onto an invisible ledge located at the base of the rocket near B3.

You can view the full list by visiting computerandvideogames.com. You could also visit the callofduty.com website, where you will find the full details of what’s currently in the works as well as details of fixes and improvements that have already gone live.