Xbox 360 gamers have had their hands on the Rezurrection DLC for Call of Duty: Black Ops for roughly three weeks, this has given them plenty of time to work out the Moon map’s mysterious easter eggs and also try out the four zombie maps which were exclsuive to the Hardened and Prestige editions of Black Ops – now we can confirm when PS3 and PC gamers can get their hands on this downloadable-content.

The official Call of Duty website has confirmed that the Rezurrection zombie map pack for Black Ops will hit both PS3 and PC on September 22nd, this date also kicks a double XP weekend which runs across all platform (PS3/PC/Xbox 360/Wii) – no times have been given but we are told that it ends on September 25th.

Just to recap the Rezurrection DLC brings a completely new zombie maps called Moon, not only this but gamers will also battle against the zombies on four maps from World at War, these are Nacht der Untoten, VerrÃ¼ckt, Shi No Numa and Der Riese. As with the Xbox 360 version of this DLC it is free to those of you who bought the Hardened and Prestige editions of Black Ops. 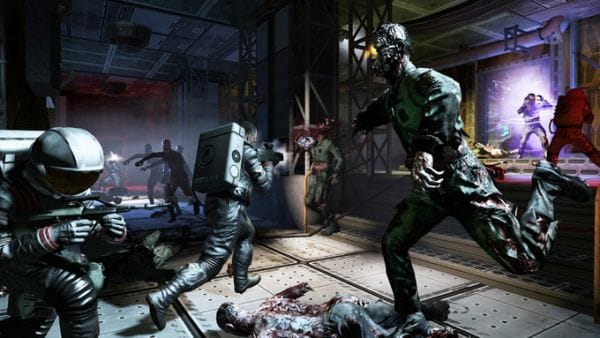 The list of Trophies for this DLC should be similar to the list of Achievements fro Xbox 360 – you can find out all about these in detail here. Also if you don’t like working out the easter eggs for yourself here is a guide which may come in handy.

As you are probably aware this is the last DLC release that Black Ops will ever see, however if you are not a fan of zombies there is no reason to buy it – having bought the 360 version we have to admit that you get a lot of hours of play for your money – the content costs 1200 Microsoft Points (which equates to roughly $15), people will moan about this price, but if you work out the cost when divided by the amount of hours played it is very good value for money.

Will you buy the Rezurrection DLC?