While we are sure many of you are loving the Thunder Gun in Zombie Mode on Call of Duty: Black Ops, how many of you knew that you could also access the weapon in the single-player campaign mode?

Probably not a lot of you, since it is well hidden, but we have a guide to show you now, which will help you to locate this secret Easter Egg, one of many scattered throughout the campaign.

The gun is located on the ‘Numbers’ map, and players will need to perform a series of tasks in the level, in order to get the ThunderGun available for a period of time until your ammo runs out.

Below is a list of steps, which we found courtesy of the Call of Duty Wiki Page. If you follow them in order, you should be able to unlock the gun for the yourself. The steps are as follows:

1. After the Interrogation scene ends there are six canisters to the front of the player.
2. Shoot all six canisters until smoke comes out.
3. Run back to Weaver and Clarke and make a left to the desk.
4. If done correctly the player will see a black tape sticking out of a cassette player.
5. Hold down the action key and the tape will disappear from the cassette player, or the obvious shake in the screen as cue.
6. Continue on until you get to the first of Clarke’s weapon caches, behind the fridge after the rooftop jump
7. Look at the left and you should find a cassette player
8. When at the cassette player press the use button and notice the cassette go in.
9. If done correctly notice the tape goes in and the player makes several tunes, and the game shakes.
10. The Thundergun will appear out of the wall.

Try them out now and let us know if it worked for you. If you get stuck, there is also a video below that we’ve included which will help you further. Have fun guys! 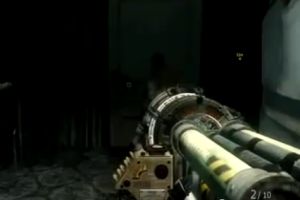 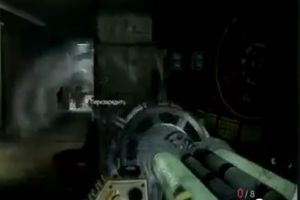