When it was first announced back in November last year that Golden Guns would be making a return in the Call of Duty: Black Ops game, we knew that it wouldn’t be long until details of a glitch/hack would surface. Now we have those very details, and a YouTube video to go with it.

As Rah5er0 from gogaminggiant.com recently noted, he recently noticed while playing the COD: Black Ops game that he was in fact killed by a golden gun that belonged to a player at Prestige 12! If you’re an avid Call of Duty fan, then you will know that the gold camo is normally unlocked at Prestige 14. 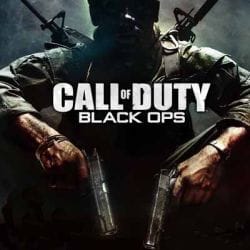 This of course alerted Rah5er0 to the fact that there was a glitch involved, and after searching the Internet he found a YouTube video of it. The glitch not only enables players to access the gold camouflage before they reach Prestige 14, it also unlocks the “pro” upgrades for all perks and all the guns.

You can check out the video via the YouTube link here. However, you can find more videos on the recent glitch via the link here. There is also a forum available over at the gamefaqs.com website, where you can report the Call of Duty: Black Ops glitches.

Although one user does make a valid point by saying that they’ll now have to look before they pick up other people’s guns, in order for them not to get falsely reported. Have you seen anyone using the Golden Gun glitch?