We finally have a bit of good news for frustrated PS3 owners, as Activision has felt the time is right to announce a solid release date for when the First Strike Map Pack for Call of Duty: Black Ops will be hitting the PS3.

As most of you will be aware, the maps have been available on the Xbox 360 for over a week now, but due to Microsoft’s exclusivity deal, PS3 owners have been left out of the fun – a continuing trend which started with Modern Warfare.

However, Activision has now stated that the five map pack will release on March 3rd, although a specific time has yet to be announced, as reported by Eurogamer. We also have release news for PC gamers looking to get the pack too, as although Activision didn’t put a date on the PC version, they said that it would definitely be out before March 31st – better than nothing eh? 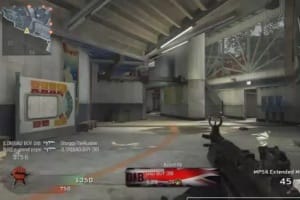 What are your thoughts on the PS3 date, are you looking forward to it coming out? How many PS3 owners have already played the content on an Xbox 360 we wonder? You can check out a good video preview of the multiplayer maps here.