As we’ve told you recently, there’s still no confirmed release date for the AW DLC Map Pack 3, but as we are approaching the end of the month there’s a general feeling that Sledgehammer are almost ready to show off the Supremacy gameplay trailer for AW.

Now, we can tell you that the rumors around involve the weapon being called the COD Advanced Warfare Blunderbuss as the free giveaway. 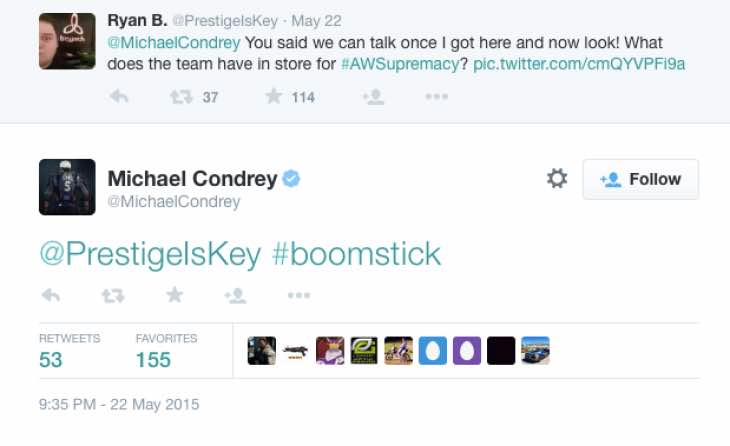 Studio-head Michael Condrey has already given away clues that it is going to be a shotgun type weapon as you can see in his Tweet above – teased just a few days ago.

As for the Blunderbluss name, this has been found inside code for the PC version uncovered by data miners. We can even bring you a potential image of the Blunderbluss as it will appear in game – you can see it below.

We can’t confirm the authentity of the image yet, but as most of you are probably thinking, the name and the design shares similarities with the Blundergat from Black Ops 2.

Is Sledgehammer essentially planning to bring this weapon back and over to Advanced Warfare with a new skin? As we wait for more details and the first AW Blunderbuss gameplay, give us your thoughts on this weapon and whether you want to see it in AW multiplayer.

Update May 26: The new weapon has been confirmed and it’s called the LZ-52 Limbo. You will be able to use this wonder weapon in AW Carrier Zombies.