We love to report on instances when Sledgehammer Games take strict action on those that continue to use Advanced Warfare hacks online and ruin other people’s experiences from day to day.

We have a real gem of a case to bring you now, as we can see that just hours ago, SH Games sent the bitter sweet message to one player who had just been the recipient of a permanent AW split screen online ban, as well as a full stats, inventory and leaderboard reset – basically the full package.

The reason for this, is that the player had been engaging in boosting with other players, repeatedly attempting to exploit the game according to SH Games’ data. 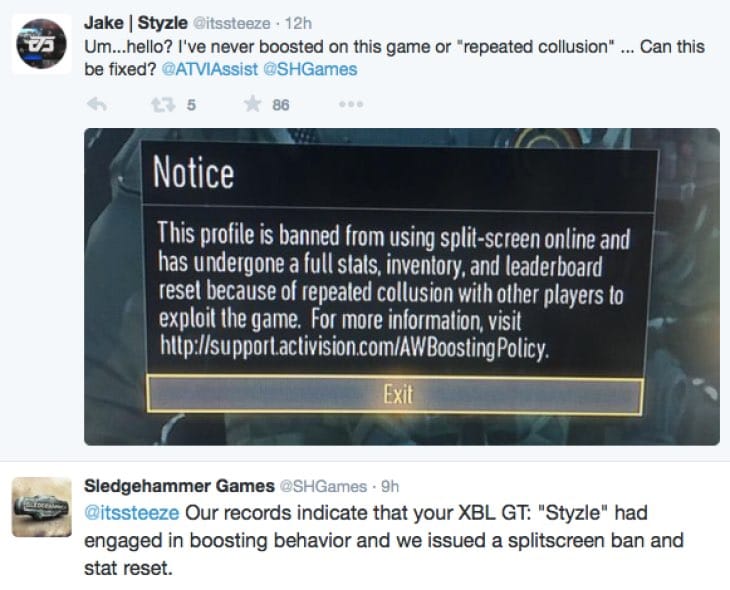 As you can predict, the player then took to Twitter protesting his innocence and by attempting to say that it wasn’t him and that his account had been replicated by the magical forces within.

He later found out to his horror that all AW bans cannot be reversed and that the matter was closed. We since noticed that the player involved has retweeted another Twitter account promoting Advanced Warfare hacks, as well as going on to call Advanced Warfare a ‘shit game’ and that he couldn’t wait to buy Black Ops 3 – which probably didn’t help his case in getting his account reinstated if we needed to state the obvious. 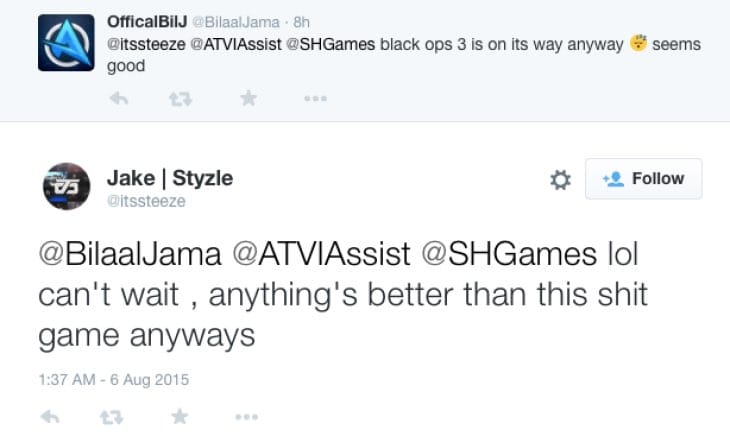 We couldn’t help but find the whole thing hilarious. Let us know your thoughts on this incident and whether you think the strict permanent bans for Advanced Warfare are justified or not.