The Call of Duty Black Ops zombies were more than enough to keep some fans from playing multiplayer, although it’s also clear that many gamers hated anything to do with zombies. The side-game become much more than the developers originally intended, as such we now see COD Advanced Warfare zombies DLC that will cost more than just paying for the original game.

While we have enjoyed playing every mode of Call of Duty throughout each game in the franchise, nothing came close to zombies for a survival mode and that includes attempts by Ghosts/Modern Warfare. While the multiplayer experiences vary in these games, there really was only one true survival mode in our opinion and that was Black Ops zombies. 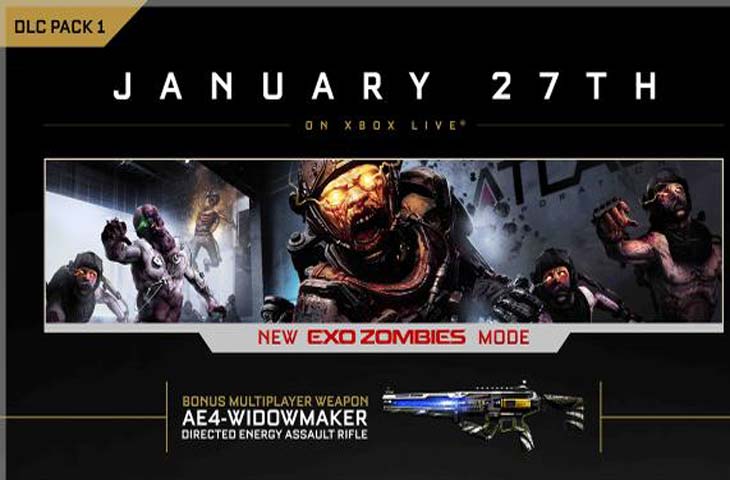 Enter the latest effort with Advanced Warfare zombies DLC – If you can get over the fact of paying this time around, then once you get hands-on with Exo zombies how will this create a better survival mode? The customization in Exo Survival mode is impressive and we have reviewed that area of Advanced Warfare for hours, in fact lasting to well over 100 levels with crashing errors on occasion.

It’s going to be great to see how COD Advanced Warfare Exo zombies compares to the Black Ops variety. There’s no doubt it will be very different, but we have a feeling the mix of futuristic weapons and zombies is going to be something special.

We’ve seen a trailer and a lot of insight already, and of course played many hours of Exo Survival mode to understand the environment these zombies will land in. Will it be enough to take us away from playing Advanced Warfare multiplayer and reaching each prestige within that mode, time will tell.

Are you expecting to jump from Call of Duty Advanced Warfare multiplayer to the Exo zombies DLC with friends and family? We have a feeling this will take many players back to Exo survival, especially if you play close with friends online. Leave your comments below along with how excited you are for Advanced Warfare zombies.

There’s not long to wait for Xbox One and 360 owners. If you are playing on PS4, PS3 and PC, then your wait will be at least one month longer. The Havoc pack includes four new multiplayer maps (Urban, Drift, Core, Sideshow) and the new Exo Zombies mode.