COD Advanced Warfare is set for release within hours, but it looks like the big secret has just been revealed. We can confirm that the game has a secret zombies mode and now we can bring you the first COD Advanced Warfare zombies gameplay as evidence.

We knew that the game features a Co-op mode called Exo-Survival, but nobody had expected to see zombies given that it is Treyarch’s game mode. However, Sledgehammer Games has surprised everyone and more importantly, we could be seeing COD Advanced Warfare Zombies DLC in the future.

We’ll let the footage do the talking for now though. Watch the clip below and you’ll see that Sledgehammer has slipped something exciting at the start of Round 11 on the Riot map of Exo-Survival. 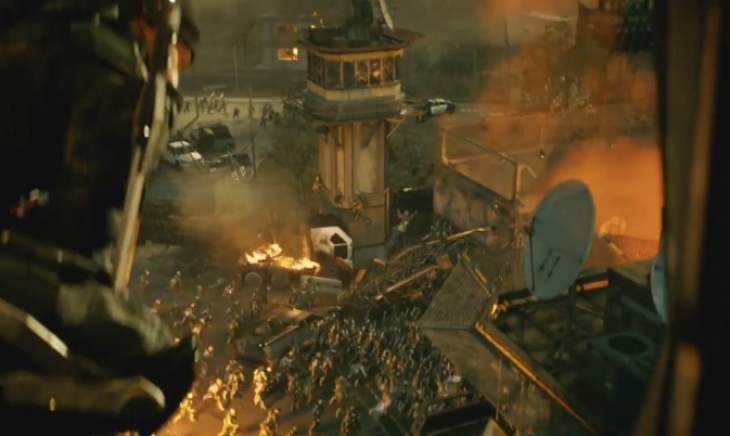 You’ll end up taking on zombies for a few minutes after initially blackening out, zombies which appear to be a lot more wild compared to Treyarch’s version of zombies.

Afterwards once you reach the extraction point, you’ll witness the COD Advanced Warfare zombies leaked trailer, including the text from a man in a chopper who says ‘Are you bit?’

We won’t spoil the surprise at the very end, but this is very exciting. There’s now so many questions to be asked – What happens to Treyarch zombies, have they given their blessing to Sledgehammer to bring back the mode without them?

Are we going to eventually see a merge between Sledgehammer zombies and Treyarch zombies in one combined story mode? Right now, the only way to play more zombies on COD Advanced Warfare is by picking up the Season Pass – this has been confirmed by GameStop already.

Watch the clip below and give us your reaction to this – is this a complete surprise to you? Give us your best theories and ideas below.