We have something good for those that have been patiently waiting for Call of Duty: Advanced Warfare news. Some new gameplay has appeared earlier than expected, showing off what looks to be one of the brand new COD Advanced Warfare ‘Terminator’ killstreaks in the game.

It appears that Activision has jumped the gun somewhat a little too early, as there are a series of new COD Advanced Warfare gameplay videos that have popped up on the official YouTube channel.

The fact that the new clips are listed as ‘unlisted’ suggests that they were not ready to go official yet, but the good news for us is that they are still available to watch at the time of writing. 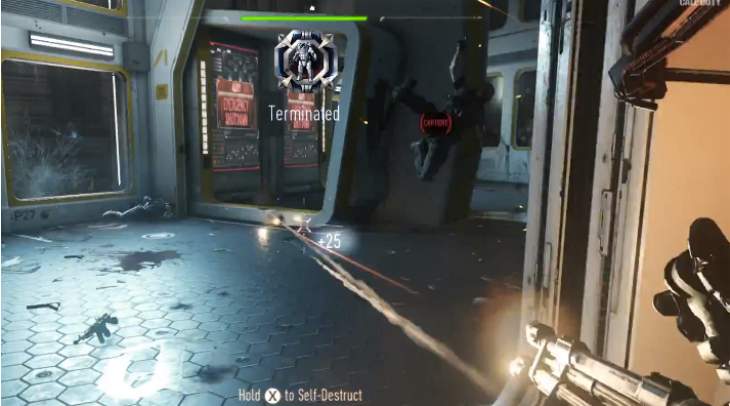 One video in particular stood out for us, showing a very powerful-looking Titanfall-esque mech killstreak which you can get, which could be called ‘Terminated’ in the game.

Players will be able to get into a mech suit armed with a mini gun and basically take out anything and everything in their path for a limited time only.

Those who have already seen this video are calling it ‘overpowered’, but we have a feeling that it could be one of the best (and hardest) rewards to unlock for killing lots of enemies – so it could be well deserved.

Check out the clip while you can and let us know what you think of it.