The official Call of Duty Advanced Warfare Supremacy DLC 3 gameplay trailer is now live, as many fans expected last week and finally have been able to watch today. We have been keeping an eye on the official Sledgehammer Games Twitter page along with Call of Duty on YouTube all day, so this is why we can break this news within the same hour it went live.

Take a look at the new COD Advanced Warfare trailer below for Supremacy DLC 3 and this includes real gameplay to showcase the new maps. This is the worlds first look at the next downloable content, which includes gameplay for four new maps named Skyrise, Compound, Parliament, and Kremlin.

There’s also a look at the next part of the Exo Zombies co-op story and its latest map for DLC 3, which is called Exo Zombies Carrier. 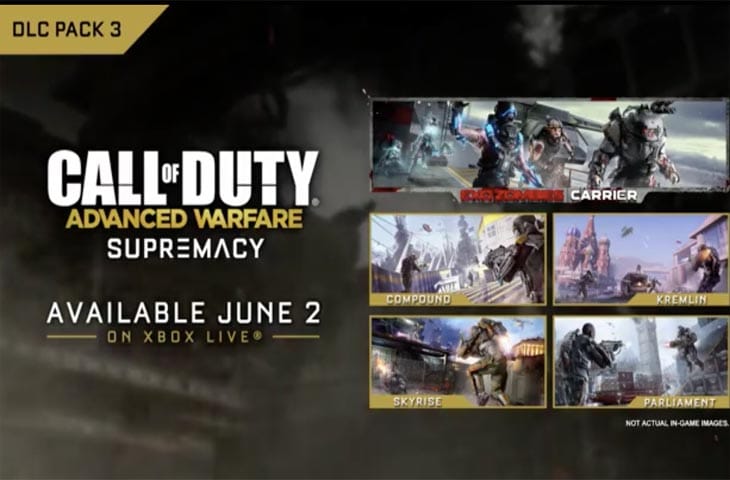 Advanced Warfare Supremacy DLC 3 release date confirmed – The description with this trailer also confirmed its release date that’s June 2, 2015. This is later than some of us hoped, but the first week in June is great for us and of course a few million Xbox One/360 owners.

PS4 owners will get their Supremacy DLC release at a later date. Watch the gameplay video below.