It’s time to compare the Call of Duty: Advanced Warfare UK price at Tesco, Asda and GAME to see what’s the best retailer for you to pick up one of this years biggest releases. The launch dates might seem a little strange considering the official day is this Tuesday, although thanks to a Zero Day version COD Advanced Warfare can be taken home after Midnight tonight.

The Tesco price for COD Advanced Warfare can be seen below, which basically lists all platforms for £40.00. This is impressive, especially considering another screenshot for the Asda price reveals the same £40 cost on PS3 and Xbox 360, but a more expensive £44 on PS4 and Xbox One. 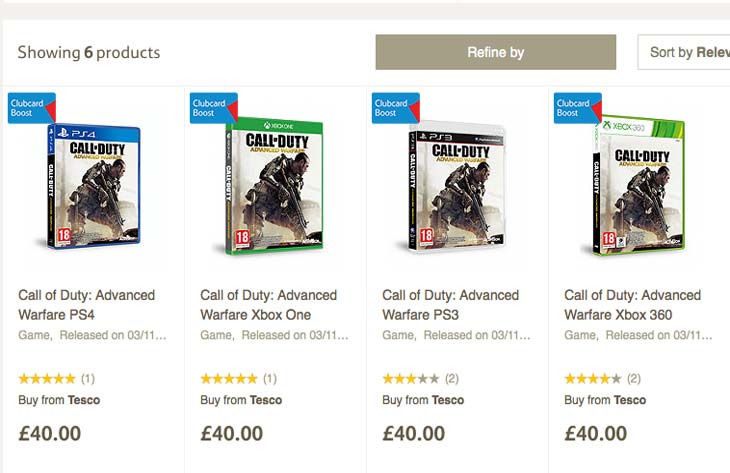 It’s unclear why Tesco is selling even the latest generation of consoles at the same price, or if this is a pricing mistake for Call of Duty Advanced Warfare. Personally, we think PS4 and Xbox One owners should take advantage of Tesco’s pricing as soon as possible considering the great deal for newer systems. 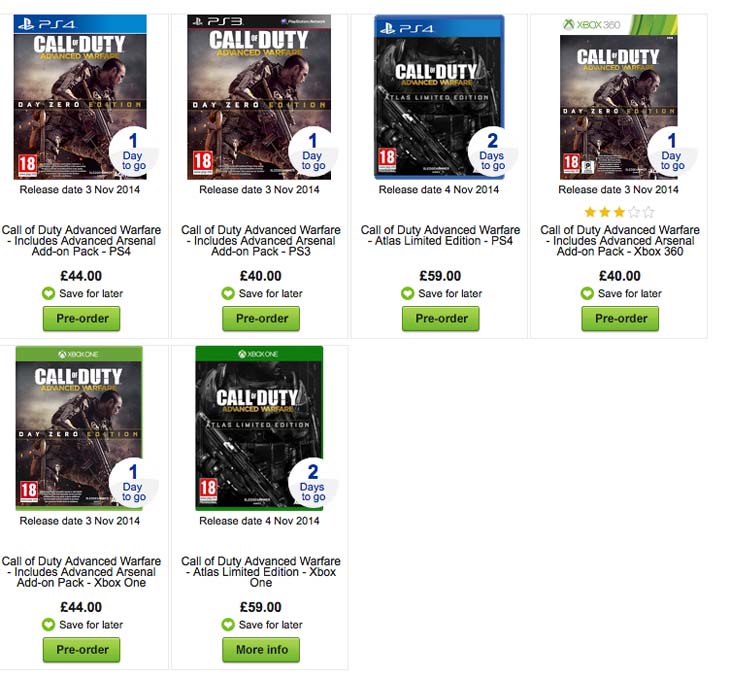 GAME UK might be the dedicated retailer for all your gaming needs, but they normally find it hard to complete with supermarkets like Tesco and Asda. This can be seen within the listed prices for Advanced Warfare, as their price for the newer consoles is £47.99 and £42.99 for the previous generation consoles. You can pickup the PC version for just under £40.

Will you be heading to Tesco for Call of Duty: Advanced Warfare thanks to their low price? Or, will you purchase the game digitally?