We have some fantastic news for COD Advanced Warfare players now. Sledgehammer Games wants to say thanks to those who have supported the game at launch. As a result, the next time you log in you should receive the COD Advanced Warfare Nigerian Command loadout for free.

We can tell you that this new gear looks amazing and is highly detailed in terms of design. It features a red and black color scheme and Sledgehammer has put some awesome biohazard logos on it as well.

Previously we thought that there was only a small ‘chance’ to receive this item in the game. However, Sledgehammer has confirmed that all players will get it for free as long as they log in at some point from now until December 1, 2014 at 9am Pacific Time. 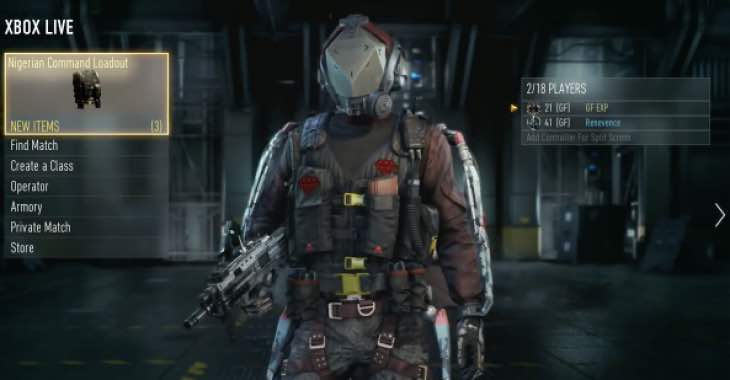 To give you a preview for those that can’t go online yet, we have included a video which shows one player opening up his supply drop with the Nigerian Command loadout inside.

The image below is the official art which has been shared by Sledgehammer. Let us know what you think – did you get yours yet?