Are you looking forward to the next addition of Call of Duty this year? We are expecting the game this November, but before then we were able to get a good look at COD Advanced Warfare multiplayer perks thanks to some preview gameplay that was taken at GamesCom 2014 over in Germany.

If you are a hardcore fan of the series and pay no attention to the ‘hate’ that the game receives on social media, Advanced Warfare is already looking like a must buy on November 4.

In the meantime, we have a great 14 video that has been released, showing some Capture the Flag gameplay. It’s taken from the Ascent multiplayer map and isn’t edited in any way – so complete raw footage straight from Gamescom.

Pay close attention and you’ll see a fair amount of perks being listed. Some of which include old favorites from previous games such as Flak Jacket, Cold Blooded and Scavenger.

There’s plenty of new perks as you would expect though and we can list some for you here. Players will have the option of either customizing loadout as usual, but for others there are five pre-set loadouts to choose from.

They are as follows and also include pre-set Exo Abilities and Exo Launchers, except the new DEW class.

Balanced: Shown in the larger image directly below. 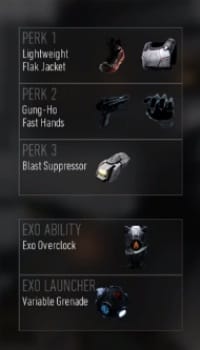 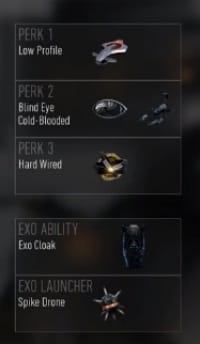 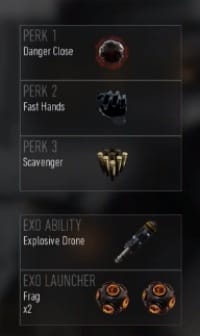 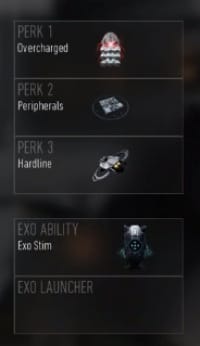 What do you think of the perks and exo abilities that have been revealed so far? Obviously you should be able to unlock more as you progress through the ranks.

Watch the live gameplay below from GamesCom and let us know what you think about the latest Call of Duty game. Do you think it is more of the same and you will give it a miss, or is it another day-one buy for you?