Call of Duty Advanced Warfare does not launch until November 4, but as we told you earlier this week some people have once again managed to get the game one week early. As a result, COD Advanced Warfare live streams have gone live and developers Sledgehammer Games have taken to Twitter to reveal their sadness over it.

We always knew this was going to happen, as it always does each year with such a high profile release. Sledgehammer are still not happy about it though, even going as far to say that some people have ‘stolen’ copies of the game.

We know one live stream in question that was broadcasting hours ago, which has subsequently been taken down after Activision took action. That is obviously only one though, since there’s nothing stopping others from secretly recording and giving the stream an ‘undetectable’ title. 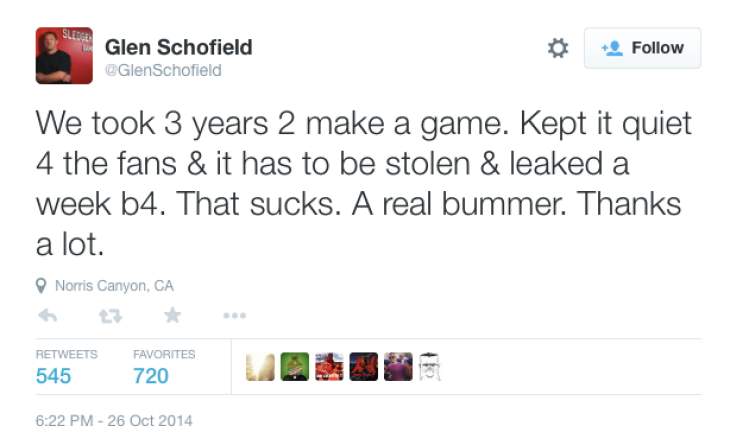 While Sledgehammer are not going into details on what they meant by ‘stolen’, we can however move onto good news about one official COD Advanced Warfare live stream that everyone will be able to watch without problem.

On Tuesday afternoon at 3pm Eastern Time, OpTic Gaming are going to be live streaming COD Advanced multiplayer with the blessing of Activision. During this stream, COD Caster Mode will be revealed and much more – you can watch the action as it happens live here.

We have a feeling that the main reason Sledgehammer is upset, is that the DNA Bomb 30-kill reward was revealed early and also the fact that some streamers were showing cut-scenes from the COD Advanced Warfare campaign – which is obviously understandable in that aspect.

Have you been tempted to watch any live streams of the game early, or are you saving yourself for the Day Zero edition next week?