This is the limited edition Call of Duty: Advanced Warfare controller for Xbox One, which is designed by Microsoft themselves. This wireless controller can be found at GAME in the UK and GameStop in the United States.

The custom design for this COD Advanced Warfare controller is inspired by Sentinel Task Force, so it makes the perfect accessory for Call of Duty fans and looks like it would fit in within the battleground of this futuristic game. 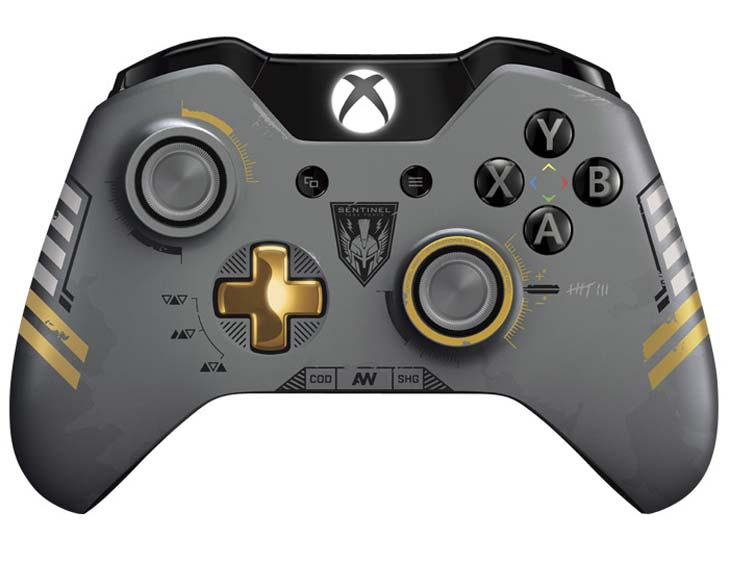 You will also benefit with some extra DLC, at least at GAME UK, which is thanks to bonus Supply Drop DLC for COD Advanced Warfare. The limited edition controller is bundled with exclusive in-game content that you will need to unlock, and this includes weapons and player customization gear found within Supply Drops. 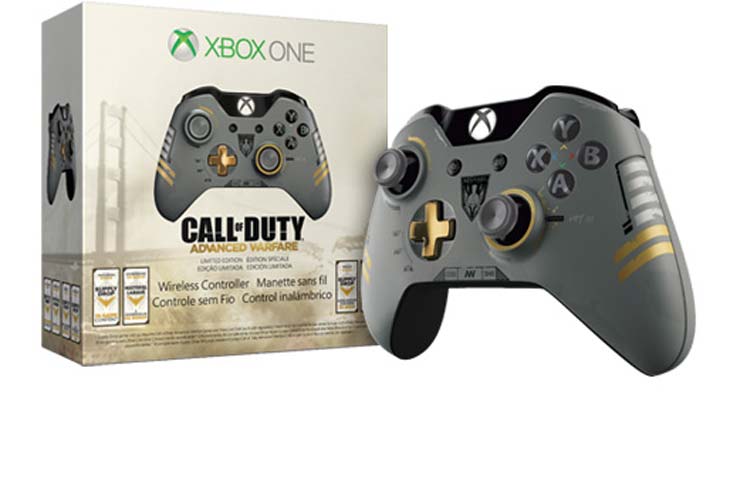 Early feedback given to Product Reviews in regard to this Xbox One LE controller is positive. We’ve heard that most fans love a change of button colors, and feel it looks better than the original Xbox One controller, although these people might be bias considering they love Call of Duty.

Would you purchase the Call of Duty: Advanced Warfare Limited Edition Controller? You can find it at GameStop for $69.99, and at GAME UK for £54.99.