The Call of Duty Advanced Warfare Zombies leaderboards are clearly hacked and this follows complaints in regard to lobby hacking as well. We might be stating the obvious here, although we wanted to highlight the hacking to bring attention to something that Sledgehammer Games need to fix within the next COD Advanced Warfare update. This would be version 1.12 on PS4, which has been delayed slightly and some gamers on this platform continue to contact Ask PlayStation for a date.

Take a look at the Advanced Warfare screenshot below that we took within the Zombies leaderboards for match ranks. You can clearly see the hacking taking place on the leaderboards, as it’s impossible to get to round 21433 within 4 minutes and 46 seconds. This is a clear indication of the leaderboards being hacked in Zombies, although we expect users get a ban when this happens. 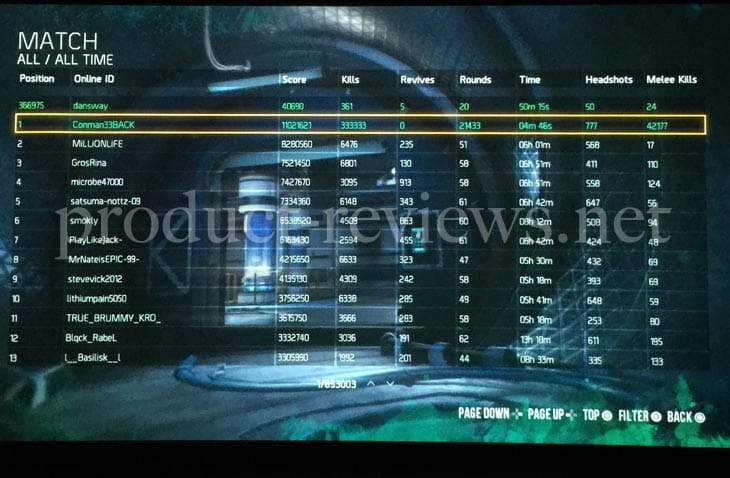 The above screen is a couple of days old, so we opened up the leaderboards for Advanced Warfare Zombies at the time of writing to see if the user got banned. The user we saw a couple of days ago has been removed, but in his place is another this time with only 150 rounds in 3 hours, but they have a crazy high number of kills and score. This again, is a clear indication of hacking and we do wonder how they managed to do it? 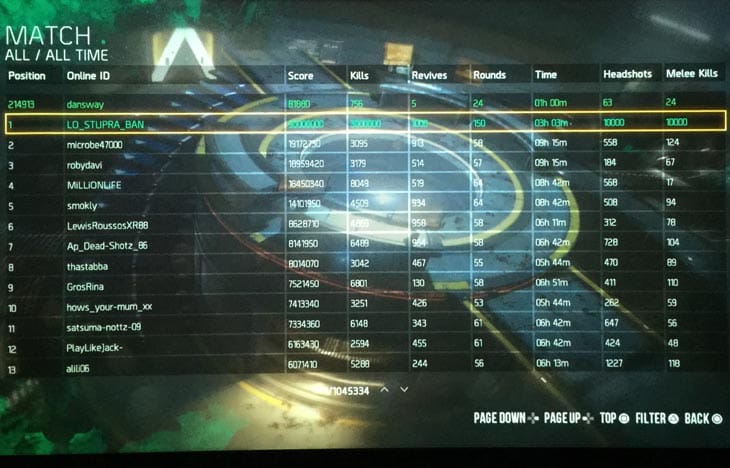 What is also clear is Sledgehammer games is banning these people and removing the scores from the leaderboards. It seems like a game of cat and mouse, with new user accounts being setup that hack the Advanced Warfare ranks and then get a ban. It’s obvious that these people want to prove they can do it, knowing they will get a ban.