If you previously were uninterested in buying the new COD game for 2014, allow Sledgehammer Games to unleash their last ditch throw of the dice. The COD Advanced Warfare gameplay launch trailer is now live and it features new footage of House of Cards star Kevin Spacey.

There was initially some skepticism when it was announced that Sledgehammer Games would be developing this year’s game instead of Treyarch, but we think that the skepticism has well and truly vanished now. 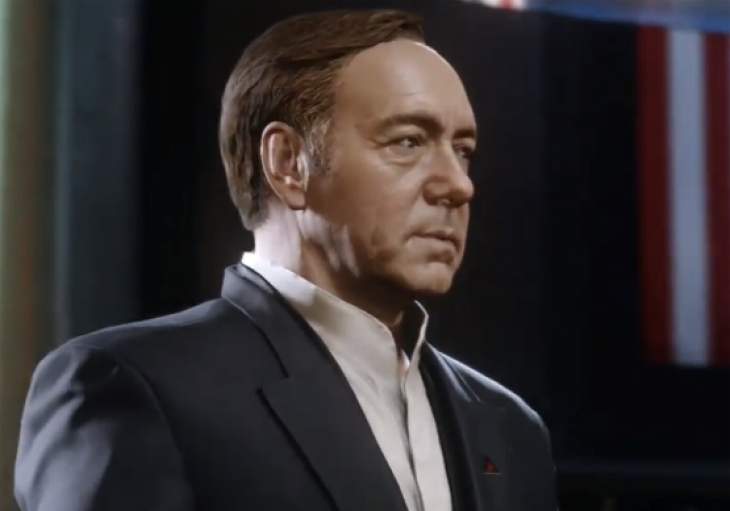 It’s hard not to get pumped up for this game after watching the trailer and obviously tuning into House of Cards Season 2 helps to boost the incentive further. We’ve seen plenty of feedback from gamers who say that they are basically buying the game just to see Kevin Spacey take on a Frank Underwood type of role – such is the attraction of the man.

The addition of futuristic warfare is obviously the other main ingredient of Advanced Warfare that we haven’t seen yet of course, so there’s plenty to differentiate from previous iterations of the series.

The launch trailer has now had over 4 million views since airing on Saturday. That is pretty staggering either way you look at it – check it out below if you haven’t yet and let us know your thoughts on the game.

Will this be the best Call of Duty ever in your opinion, or are you still looking to see COD Black Ops 3 with zombies from Treyarch?