The Call of Duty Advanced Warfare freezing issue might be history with a few PS3, PS4, and Xbox One owners, but this is certainly not the case for those crying out for an update in December to fix just this problem. Not only were we one of the first websites to break news on this very issue, but COD Advanced Warfare is still freezing even after our article in regard to a fix.

It’s not just a small problem for thousands of gamers, but in fact we have seen hundreds of complaints landing everyday on Twitter. One of these messages asked this just a few minutes ago, “when does the new update comes out on COD Advanced Warfare, because my PS3 is freezing?”. Another added, “My advanced warfare keeps freezing and it seems like it’s for no reason. Also, it isn’t the disc as I checked this”. 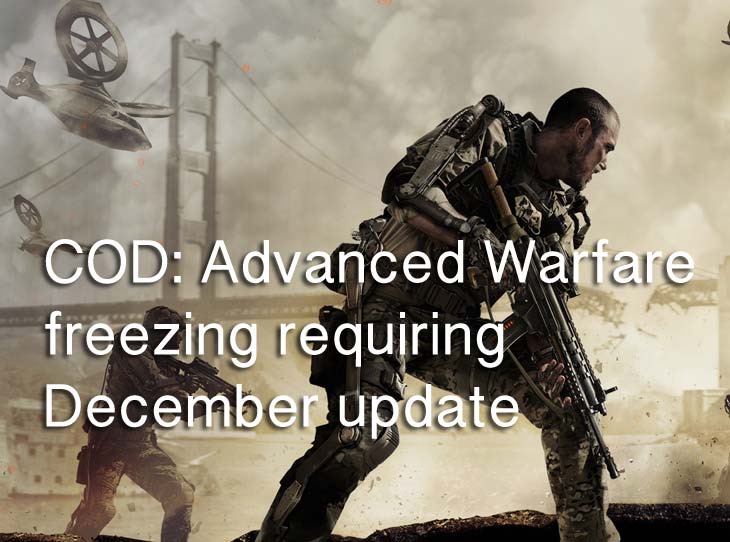 These gamers aren’t alone and reveal just a taste of social discussion surrounding glitches with COD Advanced Warfare, which include freezing up, crashing, guns missing with empty hands in multiplayer, and other problems that will require an update in Dec to fix. 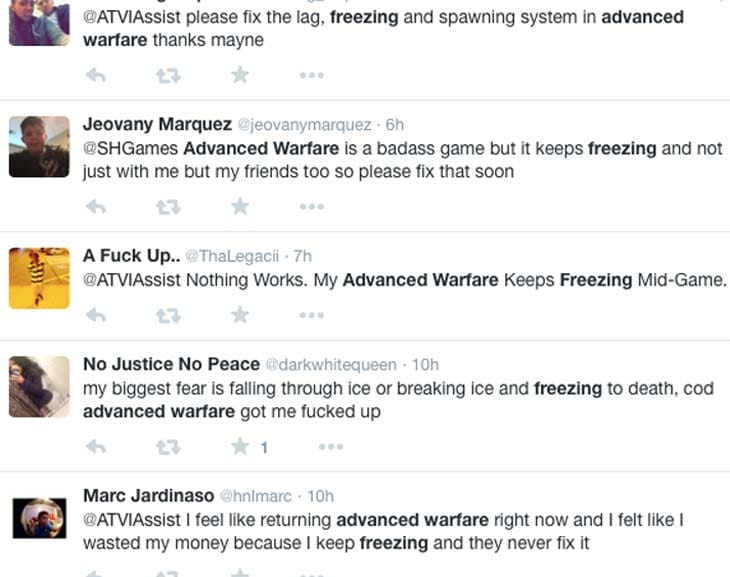 One Product Reviews reader had this to say, “Has anyone made progress on the PS3 freezing issue in Advanced Warfare? The lag, freezing, and spawn system needs fixing as soon as possible”. It also seems that the issues can happen at any moment, even mid-game, and many of these players are still loving the latest Call of Duty game, but wish the freezing would be patched.

Are you still experiencing freezing up issues in Call of Duty Advanced Warfare and if so, is this the only problem that needs fixing within the December update? Remember to name the platform you’re playing on if you have issues, as there could be a pattern revealed.