The Call of Duty: Advanced Warfare Exo Survival mode is great, but the highest round achieved isn’t easy to find, especially considering the amount of claims being made without screenshots or video gameplay.

We first heard about a few gamers reaching level 30 in COD: Advanced Warfare Exo Survival, although we managed round 48 as our highest before the game crashed on PS4. In fact, we got dropped from this co-op mode and received an error message stating “exceeded maximum number of parent script variables”. 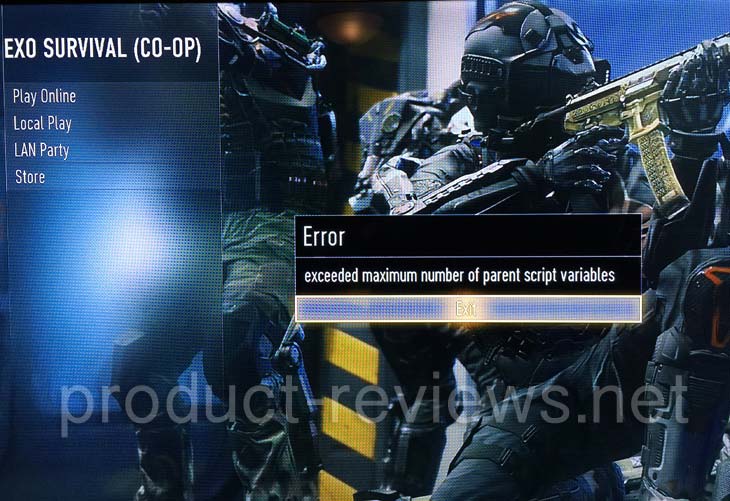 You can see a screenshot above of the exact error we received after Advanced Warfare crashed to the menu. It’s not clear what would be our highest round if we didn’t hit problems, as the game did start to get a little boring after finding it pretty easy with a good online team for 1 hour and 32 minutes.

Round 106 is the best so far – we have included a couple of videos below that feature over 2.5 hours of gameplay in total. This allowed the particular player to reach round 106, which is the highest we have seen to date.

If you have managed to get further, then leave a comment below letting us know what’s your highest round in the COD: Advanced Warfare Exo mode for co-op survival. Have you managed to beat round 106? Feel free to watch some of the gameplay below, or all if you have the time.