We have a quick heads-up for those of you who are planning to pick up Call of Duty Advanced Warfare on November 4. The official COD Advanced Warfare box art on PS4 and Xbox One has already been released, giving you a chance to see Sledgehammer’s art for the upcoming game.

As with every new Call of Duty game, there has been a lot of interest in the next title to land after Call of Duty Ghosts. The debut trailer offered a lot of promise, especially with developers Sledgehammer Games focusing on futuristic warfare with the game set in the year 2054.

The trailer teased exoskeleton suits, the ability to climb up walls and jump higher than usual, some characteristics which you may even think have been inspired from a certain Xbox exclusive mech shooter from Respawn Entertainment.

As we await the next reveal though which is inevitably coming at E3 2014, feast your eyes on the official box art for the PS4 and Xbox One versions of the game.

It keeps reminding us of the Elysium movie with Matt Damon – whether that is a good thing we’ll have to wait and see. Let us know your impressions of the game so far and whether you are loving this simple box art. 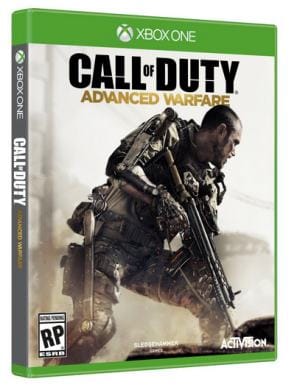 Don’t forget to check out our thoughts on a potential zombies clone co-op mode that will arrive too.