Towards the end of last year Call of Duty: Advanced Warfare Companion App users had made their feelings known about the many problems they suffered each time they used the app, even though we never thought they were that bad at first. However, a recent COD Advanced Warfare update for March had promised to bring an end to those issues, although it is still not working correctly for many of you.

The new version for Android is 1.0.584 and for iOS version 1.7.878, which brought with it one major change, and that was the implementation of Clan Raids. However, there were also several bug fixes and optimizations for the app, although the developer never went into too much detail. 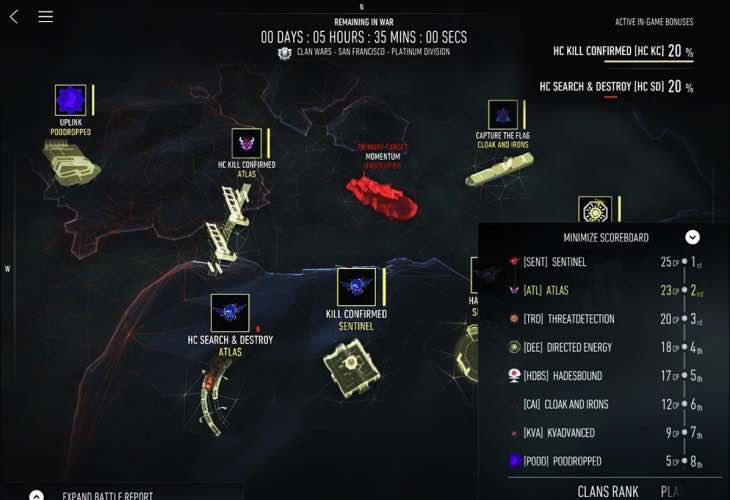 Since the Call of Duty: Advanced Warfare App update for March was released users have been pretty vocal about the issues they are still having, with one of the biggest issues saying that the app still needs to be improved for the 360, as it is geared more towards Xbox One owners.

There seems to also be a concern that the app lacks a create a class editor, something that even the COD Ghosts app had. Something else that is frustrating for some users is how you can be in the war room checking your clan and war raid status, and it then closes on you and takes you back to the opening screen.

However, some people have said that in order to correct that issue, you just need to completely reset the app. We are not certain if this will work, and so we ask that you give it a try and let us know.

What issues have you been having since the app was updated?