There’s a new weapon coming to Call of Duty Advanced Warfare today, December 11, and it’s the AE4 Widowmaker assault rifle that PS4 owners will get hands-on with in their Havoc DLC pack next year. If you are an Xbox Season Pass holder, then you can get access to the AE4 Widowmaker and standard AE4 rifle from today.

We haven’t had exact confirmation of the COD Advanced Warfare AE4 assault rifle and its release time, but it’s 100 percent landing in the Xbox One and 360 game on Dec 11, 2014. There was a reminder to this fact on Twitter by Sledgehammer Games, which only came a few hours ago. 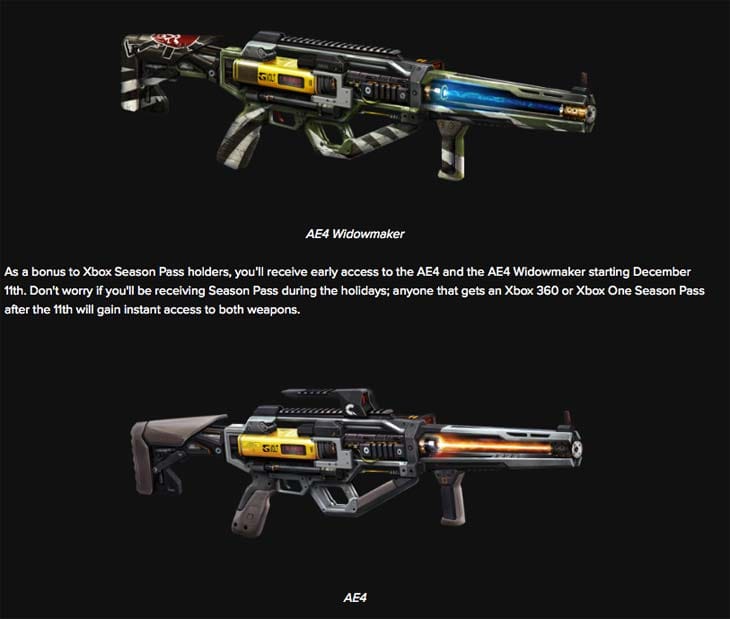 You can read more about the Havoc DLC pack and AE4 Widowmaker in this article. We checked our Xbox One system in the UK a few hours ago and didn’t see the AE4 live, so if you have a season pass please check your Advanced Warfare game for this new weapon today.

Is the AE4 Widowmaker in your COD Advanced Warfare game right now and if so, what location are you in? Leave a comment below with what generation you are on, if it’s not there yet, it will be very soon.