I can remember a time when I used to carry a battery pack in my car to jumpstart it if the battery ever went flat, but going back many years ago these devices were rather bulky. Even though battery technology has not progressed as much as we would have liked, the introduction of the smartphone has seen battery chargers being reduced in size, but up until now, ones for cars were still on the large side.

However, at CES earlier this year we were treated to something pretty cool, and that was the Cobra Electronics CPP 7500 JumPack. You might wonder what is so special about this device, and so we will remind you of two of its greatest features.

The first is that it can charge your smartphone, and two is that it doubles as a device to jumpstart your car if it has a flat battery. Now that is rather impressive when you consider its size. 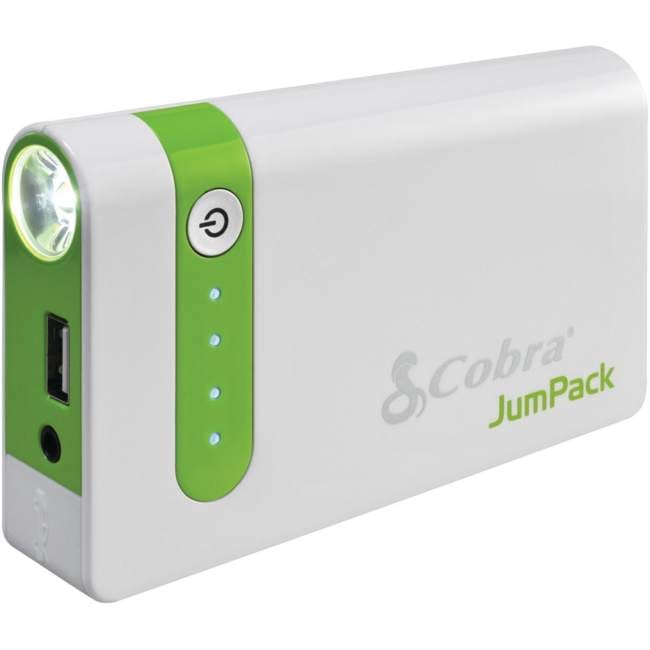 When you get up close with this charger/battery booster you will be forgiven for thinking it looks like every other product that can supply power for a smartphone or tablet with double the amount of battery life. However, the use of a 7,500mAh Lithium-Cobalt battery makes it powerful enough to supply 200 Amp starting current or 400 Amp peak current, enough to jumpstart most cars.

While this might all sound like good news, there is some bad news, as the Cobra JumPack is only available to purchase in the US for $130 from Amazon. However, you can have it imported, but then you have to remember shipping and import tax, along with the wall charger being specially for US might make this a deal breaker for other countries.