Nintendo made a surprise announcement at their Direct broadcast hours ago, by revealing that the Cloud Super Smash Bros release date would be available immediately following the event.

Now, we are happy to confirm that the character is now available to download from the eShop. At the same time though we can also see that many Wii U and 3DS owners are having problems with the Cloud Super Smash Bros download being slow on the eShop.

This is undoubtedly due to the extreme popularity in the FF7 character, with everyone literally racing to grab the character at the same time and as a result – pummelling Nintendo’s servers in the process. 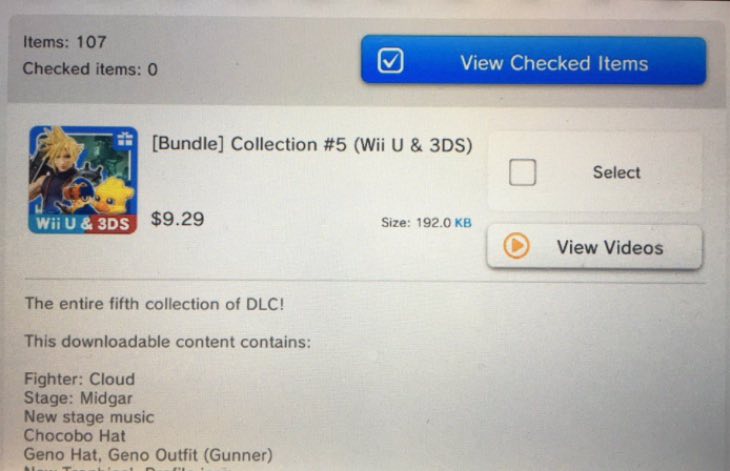 If you are having problems and cannot download Cloud from the Nintendo eShop, we suggest you try again later when the servers calm down.

In the meantime though, we’ve added some new gameplay below taking a look at a Cloud Vs Cloud battle on the new Midgar stage.

Are you having problems trying to download Cloud right now from the eShop? Give us your status below.