When the 2nd generation Apple TV was released it was an upgrade to make life simpler for new Apple TV users, the first generation had people confused with all the syncing between computer and Apple’s TV device, and this included some experienced users. The update made renting movies and streaming content from your computer painless.

Apple aims to improve functionality with each update, and this evolution has followed a pattern that may lead to more devices having content in the ‘Cloud’. While the new Apple TV has little/no storage space, having the content streaming from other sources has brought with it a lot of benefits, and this may be planned for additional models of iPhone 5 and iPad 2, with a release of both devices — unlikely cloud versions – due in the first half of 2011.

We have looked at the idea of an iPhone Mini before, and the comparison of flash storage vs. ‘the cloud’. Apple will make the 5th generation of iPhone something special that may revolutionize the way we use our phones, but how would you like your content stored? 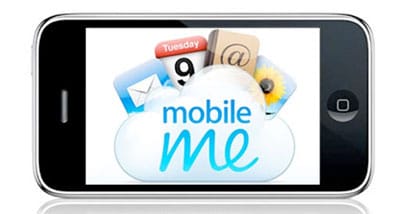 Info Sync claims that Apple’s iPhone 5 will not feature a smaller version in 2011, but will see MobileMe improved for better cloud storage. Apple may not be ready this year for full on cloud editions of iPhone and iPad, but when they are, is it a change you will welcome? The Apple TV saw both the price and size drop dramatically after losing internal storage, this could be the same for new iPad and iPhone models.

Let us know in the poll below, when Apple is ready for fully featured cloud editions of iPhone and iPad, will you prefer cloud over flash storage?