During the sixties and seventies the Jenson Interceptor was a GT sports car manufactured in Great Britain until production stopped in 1976. Now there is news that the classic name that is Jenson Interceptor is to be reborn in the UK.

A new version of the classic sports car will be made on Jaguar’s former plant in Coventry, and create some much needed jobs in the area. The BBC is reporting that CPP Global Holdings will be responsible for the new model, and hopes to start delivering it to consumers during 2014.

There is a team of designers who are based in Coventry that have been employed by the brands owners, Healey Sports Cars Switzerland Ltd. They have already come up with the design of the new model, which you can see above. This has already achieved “significant customer interest”, ahead of the planned public unveiling penciled in for the end of 2012.

Currently there is no information on pricing or production numbers, and founder and co-owner of CPP, Brendan O’Toole, said the “design team has respected and honored the great heritage and attributes of the original Interceptor”. The new model will add modern technologies and “a contemporary edge”, to bring the car up to date.

The company already has another five facilities in the area and is buying 23 acres at Browns Lane, which was once a Jaguar plant. There have been plans before to bring back the original Jenson Interceptor, as in the 1980s a company attempted to make the car in low volumes. The then owner sold up in 1988 to another company, which saw the receivers being called in. Hit Wikipedia for more information on the original Jenson Interceptor.

Do you like the look of the new model? 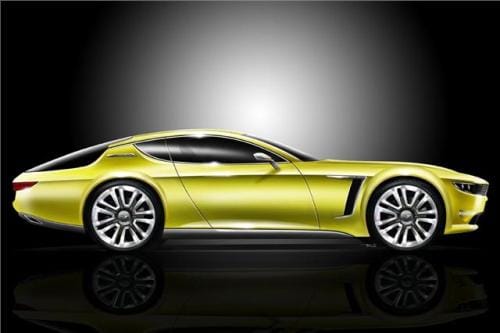