Attention all Clash Royale players now, as we have some official details from Supercell to bring you, in relation to when the next Clash Royale update is out.

If you are still holding on for a new Clash Royale update in April, we can confirm that this won’t be happening. Supercell has sent out a tease earlier this week, revealing that the next update is going to happen in May.

Not only that, but the timeframe for it according to the developer is ‘early May 2016’. The changes that are coming are going to affect tournament play and specifically tournament rules. 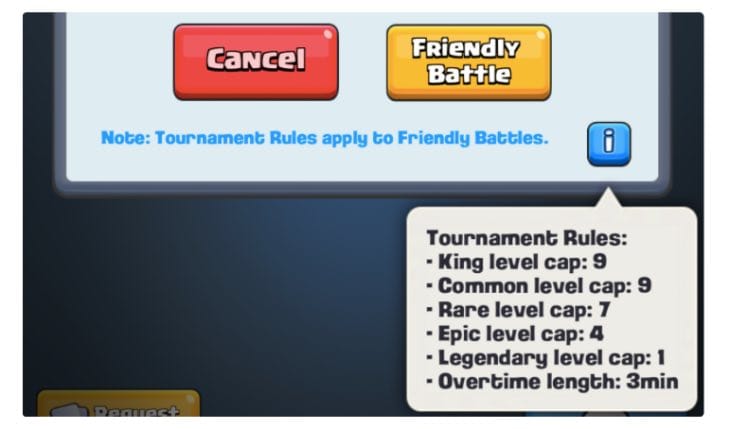 Above is a screenshot showing the new format, with King level cap at 9, Common level cap also at 9 and Epic level capped at 4.

To make the transition into the new format a smooth one, Supercell has said that they will be doubling rewards inside every Crown Chest making the crown grind a lot more pleasurable.

There’s also going to be a big change to the card donation and request system in the game, which Supercell will now change to offer things like Royal Arena players being able to request 30 Common Cards or 3 Rare Cards at a time – not bad at all.

You can check out more details in the official blog post here. Let us know your thoughts on the changes especially the new tournament rules – does the double rewards for crown chest make everything better?

Tell us what else Supercell needs to put in the next Clash Royale update to keep you playing.