We now turn our attention to Supercell’s other popular game, as fans look forward to finding out when the next Clash Royale update is. We can tell you that this is going to be early next month and now we can bring you a good heads-up on the Clash Royale May 2016 update notes thanks to an early preview.

The big news is that Supercell as raising the max level to 13 in Clash Royale. This is going to be for King cards with the cap moving up from 12 to 13.

You can see a confirmation of this in the screenshot tease that Supercell has provided below. 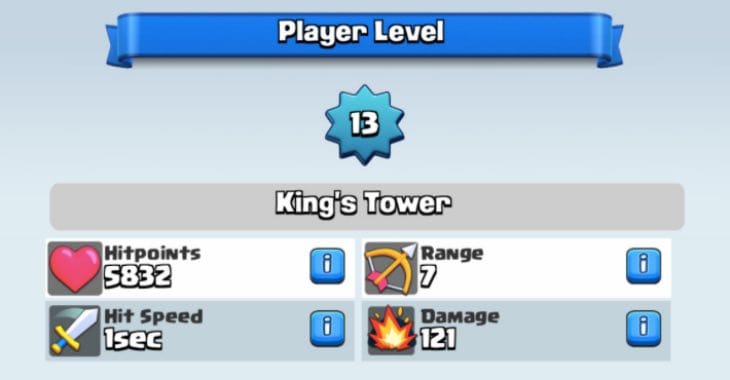 Some of you may be worrying how you are going to max out your other cards if Supercell are again raising the level, but the developer has also provided how other cards will be affected as a result of the changes to help to alleviate some of the fears. 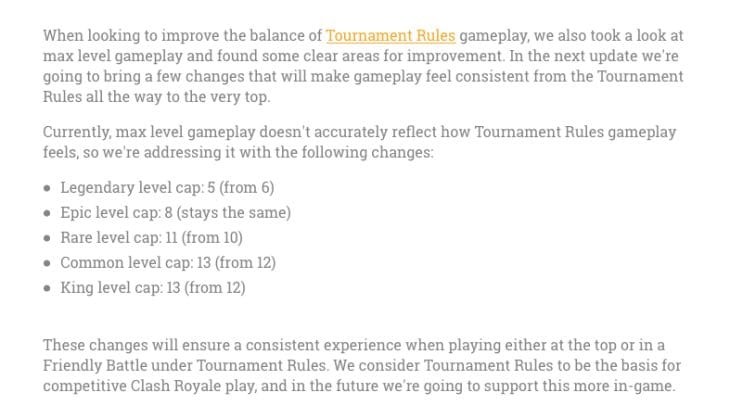 As you can see, Epic cards are going to be staying the same and Supercell has added that they will be reducing the amount of Epic cards it takes to go to level 8 – after the update, you’ll only need 200 vs the current 300.

We also have a list of other changes that Supercell are adding in the Clash Royale May 2016 patch so also take a good look at these below: 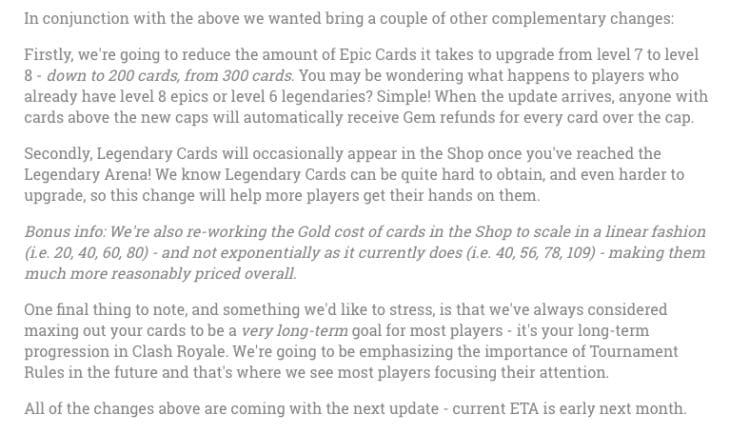 Do you like the sound of the new Legendary shop in Clash Royale? Read the preview of notes and let us know what else you want to see in next month’s update.

We’ll let you know when we have more official news to share!