After the excitement regarding the new Clash Royale update for iOS users, we can also see that Android users have been desperate after looking for a Clash Royale 1.2.0 APK download.

This is due to the fact that many users are still wondering why Clash Royale is not on the Google Play Store yet officially. Right now, you can pre-register for the game but as you can see from the official FAQ from Supercell, the game is still in its beta period for iOS and only available in certain countries. 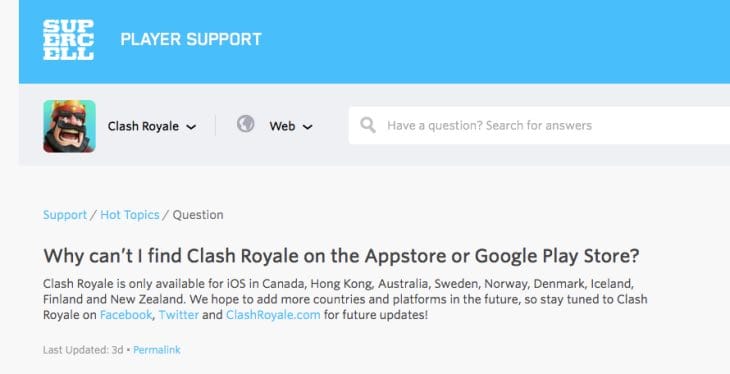 So what is the final Clash Royale release date on Android? Supercell are already releasing new updates for the iOS version, so surely they won’t keep Android owners waiting much longer.

In the meantime, fans are already leaving countless of reviews for the Android version over on the Google Play page so it’s clear that Android users are finding other ways to play the game after getting impatient waiting.

Can you download Clash Royale for Android in your area or are you still waiting? List your desired country below and we’ll keep you updated on when the Android release goes global for everyone.