For those that have access to Clash Royale, we can confirm that a new Clash Royale 1.2.0 update is now live and available to play. If you want to know what is new in Clash Royale, we have a heads-up on the official change list for you.

The game is from Clash of Clans developers Supercell and is slowly building up momentum and has already amassed a huge following on social media. 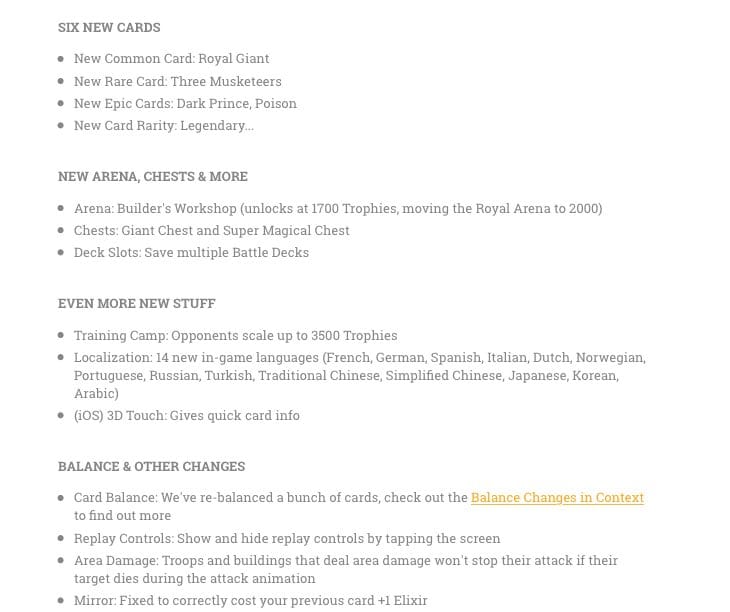 We’ve added everything above and it reveals that some of the cards include Dark Prince and Poison epic cards, as well as new Legendary type cards – Supercell are keeping this under wraps for now though.

Giant Chest and Super Magical Chests are also available in the new Clash Royale update, so there’s plenty on offer. If you already have the new version installed, let us know your thoughts on it below.