For those that are patiently waiting for the Clash of Clans Winter update to come out, we have a treat for you now. Some of you may have missed the weekend stream that Supercell hosted, in which they gave fans a special sneak peek look at some Clash of Clans Christmas 2016 update gameplay.

Luckily for you, the whole thing has been recorded and we can bring you the full replay below letting you see everything once again – perfect preparation before the sneak peeks begin, which should be anytime now.

Within 24 hours, this stream has had 2 million views just to give you an idea of how big the upcoming update is going to be. That is a staggering number when you think about it, although we have to say the video is more geared towards the clan war between the two teams rather than listing out each new CoC Xmas feature one by one. 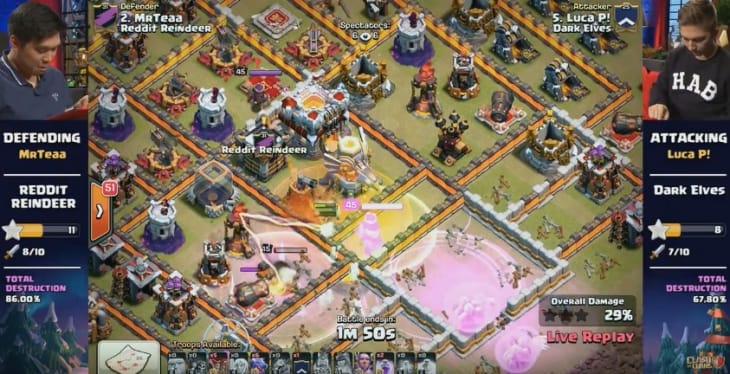 We guess Supercell are saving everything until the sneak peeks, but it’s still a great watch to keep you busy before the update lands.

Check it out below and let us know what you think about it. Are you still playing daily and think you can compete with the two teams in the video? Patch notes reminder here!