It looks like we are almost ready for the Clash of Clans update release time. Supercell has again sent out a final reminder that the update is coming and now it seems that the update may go live on Tuesday January 26, 2016. Update: The new update has been confirmed to go live today!

We say this as Supercell has already given out several reminders about this update and another one suggests to us that it is coming in a matter of hours.

For those that are still aren’t aware, this update will add the Treasury, Star Bonus and Loot Cart to the game and we have a preview video below which recaps all Clash of Clans features that are coming in the update this week. 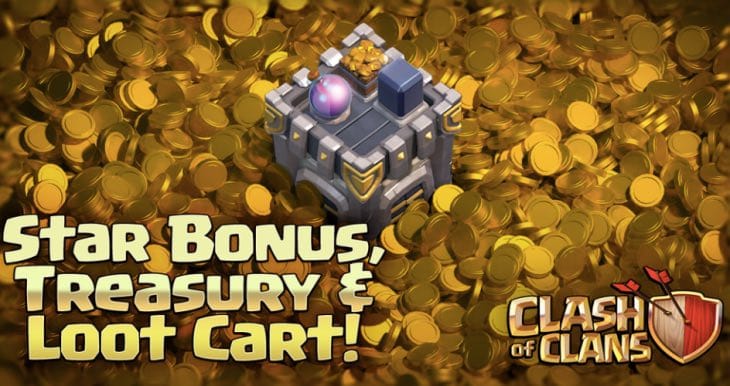 As for when the Clash of Clans update is out, Supercell usually delivers new content morning European time, so we would suggest to look out for the update from 10am – 2pm UK time – as a heads-up only not confirmation.

Let us know when Clash of Clans goes down for a maintenance break on Tuesday January 26. Remember, Clash of Clans is NOT closing down despite recent rumors either.

Update: We now have confirmation from Supercell that the update is ready to go live today. That means Clash of Clans will be down for a maintenance break on Tuesday January 26, 2016. Get ready and we’ll let you know when the update is live to download!