The moment has now arrived, just as we had told you. Supercell are now ready with the Clash of Clans update today, with a September 17 maintenance break bringing Clash of Clans down at the moment.

For those that want to know when the game will be back up, Supercell states that the CoC maintenance break on Sept 17 should last 1.5 hours.

Remember that we have had as many as four Clash of Clans Sneak Peeks this week – the last of which was Clan War Tiebreakers coming to the game. 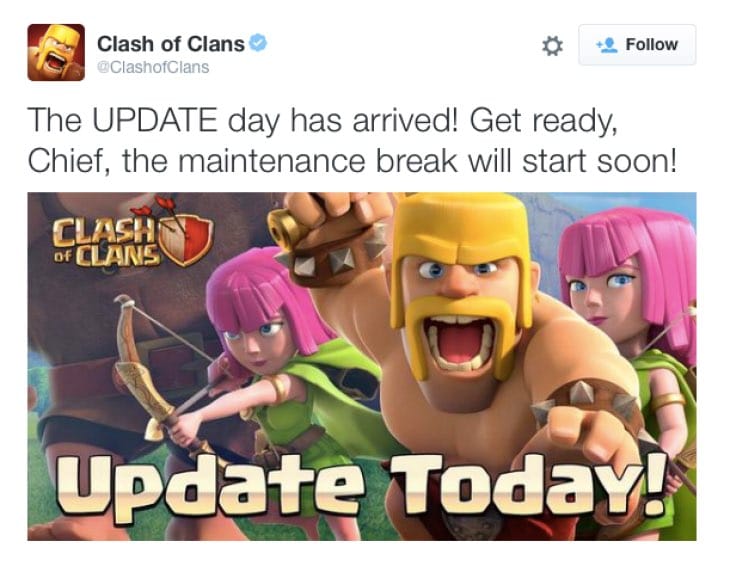 If you need a recap on the other new Clash of Clans features for September 17’s update, you can read through what is new here if you missed it earlier this week.

We were actually expecting there to be a 5th Clash of Clans Sneak Peek today, but as you can see Supercell are going live with the full update anyway so it is good news either way.