Clash of Clans was updated last month for iOS users to bring with it new RED App features, and so Android users never got a new version. This meant they still had to put up with a few bugs, such as problems with logging in and updating your achievements progress.

However, a new Clash of Clans Android update has now fixed these issues, and looking at user reviews it would seem Supercell have done a good job with this latest version.

It is clear though that fans of the gaming app would have liked some new features brought in, as it is still not perfect. One user said it would be nice to have the ability to send gold and elixir to your clan members, but would you agree? 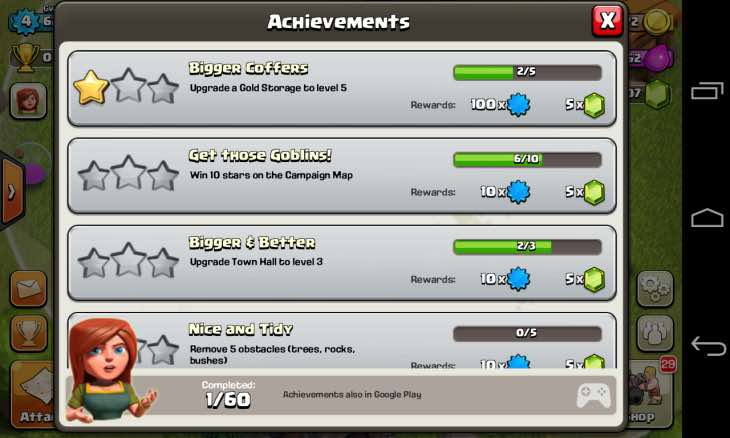 Some people seem to want the game made a little easier, as they believe it takes too long to upgrade defenses because they have lost a great deal of clan members because of it.

Other suggestions include the ability to test bases of clan mates, an option to delete entries, or a sorting feature. What would you like to see added to the next Clash of Clans update?

In other news, Supercell has a soft-launch of an app called Spooky Pop on iTunes Canada, which is a lot like Candy Crush.