Now that the big update for Clash of Clans is now live for all players, we wanted to look ahead early with some of the big requests that fans still want to see in the game.

Undoubtedly top of the list is the Clash of Clans Town Hall 11 release, as we can see that some fans were actually disappointed about not seeing it in the July update.

Supercell never disappoints though and we fully expect them to add Town Hall 11 sooner or later, but the question is whether it will make it into the future Clash of Clans August 2015 update or not. 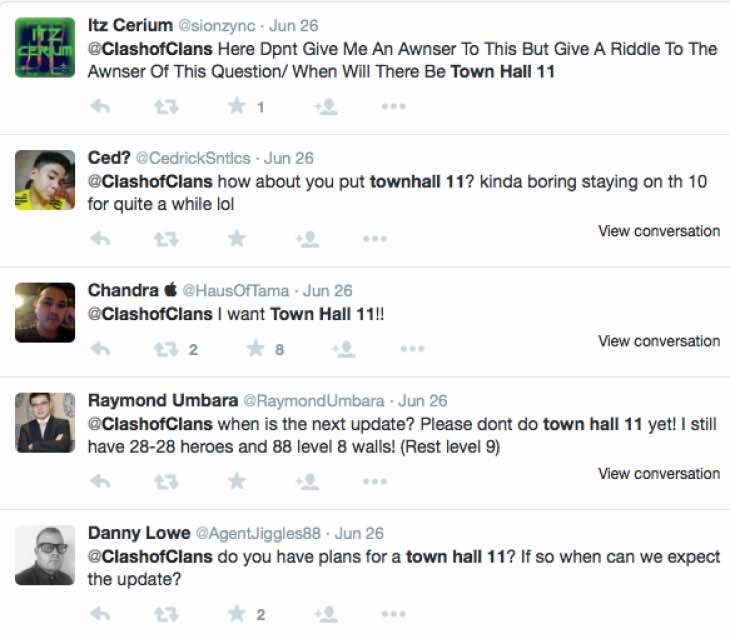 Based on the feedback you see above though just before the update went live, fans want TH11 in CoC now so let’s hope that it is coming next.

If you have been waiting for a confirmed Town Hall 11 in Clash of Clans, let us know what kind of new features you would want to see for it. We would like to see more gold mine and elixir collector upgrades, while some bigger spring traps wouldn’t go a miss either.

Give us your best TH11 feature list in CoC and let’s get the word out to Supercell that they need to add it soon. Some players think it’s still too early to put it into the game – what do you say to this?