We are continuing on with the Clash of Clans Sneak Peek updates, with Supercell now moving into the second week of previews for the highly anticipated Town Hall 11 update.

For those that missed it over the weekend, we wanted to recap what was last announced, with the developers having unveiled Spell Donations in Clash of Clans with some new preview gameplay for you to enjoy.

Once the new TH11 Clash of Clans update is live, you will be able to request and donate Dark Spells to your clan friend’s Clan Castles – take a look at the preview image below. 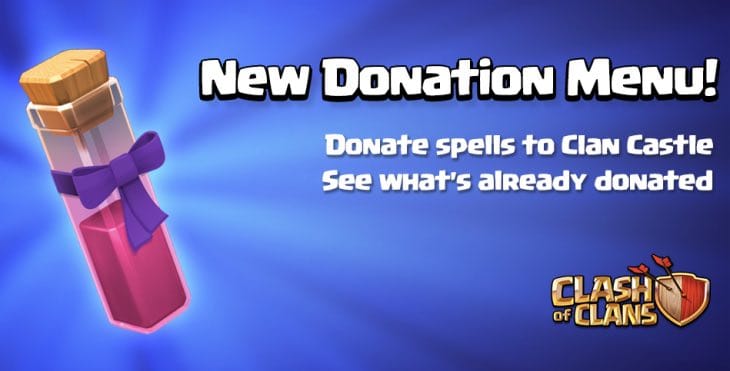 You’ll also be able to bring up the Donation Menu in Clash of Clans to see what has been donated already. We’ve included a video below from YouTuber ChiefPat which confirms that this feature will be available at Clan Castle level 4 and Town Hall 8.

This could be a game changer, as the ability to take a look inside the Clan Castle of teammates to see what they have already on the Donation Menu, plus what they need next is going to be extremely useful when planning the next attack or defense strategy.

All of the details on Spell Donations in CoC are included in the clip below – take a look and then stay tuned for the next Sneak Peek which could arrive later on Monday November 30.